Reading are perilously close to the relegation zone and really need to grab a couple of wins to give themselves breathing space. Can they start that here against Bristol City? Find out with our Bristol City vs Reading match preview with free tips, predictions and odds mentioned along the way.

It would be a bare faced lie to paint a picture portraying anything like either of these sides being in form. That said, we have no doubt that Bristol City winning the match is where the value lays. Reading have lost their last six and have not won in nine attempts. Bristol City meanwhile have won just two of their last 10. The key thing that swings in Bristol City's favour is that both of those two wins have come in home matches – and recently too; they've won their last two home league games and, including their cup draw with Fulham in early January, are on a three game home unbeaten streak.

Quality might be lacking when these two meet but we should at least see a few goals. Bristol City have seen each of their last five matches go over the 2.5 mark with a total of 24 goals seen; that's an average of 4.8 goals per game. As for Reading, they've seen four of their last five go over the 2.5 cut off; they've seen a total of 23 goals; that's an average of 4.6 per match. With their meeting earlier this season seeing five goals, it should be safe to bet on seeing a few goals!

Check out the key stats & form for Bristol City vs Reading

If Bristol City think they're having a bad season then spare a thought for Reading fans. They've suffered off the field penalties but, unlike Derby, their team hasn't put up a tough, battling front. The Royals should see this game as one they can take points from but will they?

Forget longer term form, Bristol City have to look to build on their recent home form. It could start of resemble momentum and carry them to a comfortable midtable finish especially with a very winnable game like this up next.

Reading need to start getting results; that's a fact. They've been awful of late and haven't collected a point since drawing with then bottom Derby on January 3rd. If they're to stay up in the Championship they need to find more than they are now because the gap is shortening.

A brief FAQ ahead of Bristol City vs Reading 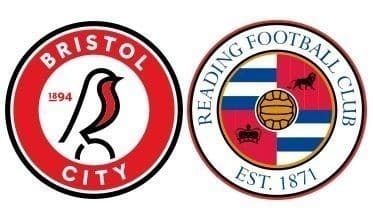