Huddersfield's season isn't ending here with two playoff games the minimum of what is still to come. Can they go into those matches with another win under their belt? Find out with our Huddersfield vs Bristol City match preview with free tips, predictions and odds mentioned along the way.

Huddersfield to edge to a win

The Championship standings would have you think this will be a cakewalk for Huddersfield – and although we think they'll win – we don't see them breezing this match. Bristol City are unbeaten in five games having taken 11 points from the last 15 available. It just so happens Huddersfield are in good form too. The Terriers haven't lost in six and have won five of those matches. Combine that with Huddersfield being the home side and with the fact they edge the head to head on their own patch and a home win look like the right call.

With both of these teams in good form, it wouldn't be much of a surprise to see them both score goals as they face off. Huddersfield have netted a total of 10 goals across their last five games and haven't blanked in a match since March 19th. Bristol City meanwhile have scored 11 in their last five games and haven't failed to score since March 15th. With form like that, we fancy both teams to score here.

Huddersfield vs Bristol City: Let's look at the predicted lineups

This game should be a good way to end the Championship season with both Huddersfield and Bristol City in good form and with the pressure off. Will they put on a good advert for the league?

The playoffs might be secure but this isn't quite a dead rubber for Huddersfield; the result may well determine who they face in the playoff semi-finals. On top of that, they'll want to keep their winning run going into a series of nerve wracking matches.

Bristol City might reflect on their season as a whole as a disappointing one but their form towards the end of the campaign has given them plenty to look forward to. A win at the home of a side guaranteed to finish in the top four would send their fans off into the summer very happy.

A quickfire FAQ on Huddersfield vs Bristol City 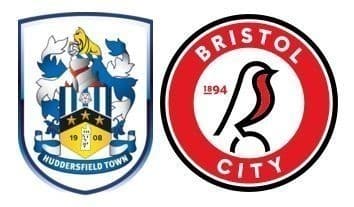