Bristol City vs Birmingham: Check out our betting tips

This is a clash between two sides that are just wishing for the season to end. Who will grab three points to bring some light to a dull campaign? Find out with our Bristol City vs Birmingham match preview with free tips, predictions and odds mentioned along the way.

Neither of these teams are in great form but Bristol City having home advantage is likely to be a big factor. Bristol City have won three of their last five and six of their last 10 home matches. That's notably better than the form Birmingham have shown on the road. The Blues have not won an away match since way back in October; that was 10 games ago and they've lost six of them.

These sides might be struggling but we do at least think they'll serve up a few goals for us. Bristol City have gone over 2.5 goals in four of their last five matches averaging a total of 3.0 goals per game. It is a very similar story for Birmingham on the total goals front. They too have seen four of their last five go over 2.5 goals but their average is even higher than that of the Robins; their average is 3.2. The last two head to heads have broken the 2.5 mark as well.

These sides sit 17th and 20th in the league but neither are in any danger of going down given how few points the bottom three have collected. It means that both teams are already turning their attention to the summer beaches so the game will either take on a testimonial feel or be a real treat at both teams play with the shackles off.

Bristol City have lost their last two games heading into this match but they have won three of their last five at home, which will give them confidence of taking three points here. If they can do that, they'll move six points clear of Birmingham and push them towards a midtable position; that would be a lot easier to swallow than where they sit right now.

Birmingham's season is over with relegation not a concern they need to have. Sitting in the bottom five isn't a good look regardless though so a win here would be most welcome by the Blues fanbase; if they can find a way of grabbing three points then they'll join Bristol City on 40 points. 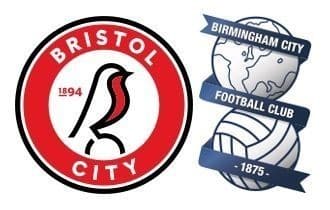