Watford could close the gap on fellow newly-promoted side Brentford to just 1pt if they win the pair's Premier League clash on Friday night. Both teams have a number of injury concerns heading into the game and we're expecting a tight and tense 90-minutes.

Watford have picked up three wins and a draw from their last six competitive and non-competitive encounters with Brentford, and we're backing the visitors to avoid defeat once again on Friday night. Brentford haven't been as good at home as they have been on the road this season and head into this game having dropped points in all bar one of their last six league games.

History suggests that there is a good chance we will see both teams score on Friday as that has been the case in five of the last six meetings between these two clubs in league and friendly games. Both teams have also found the back of the net in four of Brentford's and four of Watford's last six outings in the Premier League, so you can see why we're not backing either club to keep a clean sheet in this match.

Emmanuel Dennis is enjoying his first venture into English football having scored 6-goals in 14 league games this season. Watford's top scorer arrives in good form with 4-goals in his last six games and we're backing the Nigerian striker to find the back of the net against Brentford.

Everything you need to know ahead of Brentford vs Watford

Brentford made the trip to Leeds at the weekend and managed to come away with a point for their efforts. Leeds took the lead in the first-half but goals from Baptiste in the 54th-minute and Canos just after the hour mark put the Bees 2-1 up. Those goals looked to have been enough for Brentford to win the game but deep into stoppage time, Bamford equalised and the game ended 2-2. Brentford sit 13th in the Premier League table and have really impressed in their first-ever Premier League campaign.

Watford were always facing an uphill struggle when they played host to Man City, even more so when they found themselves 2-0 down at the interval. City added a third goal just after the hour mark and although Hernandez pulled a goal back in the 74th-minute, it was no more than a consolation strike. Watford have had a tough start to the season but there are plenty of signs that they have what it takes to stay up this season and a win on Friday would be a huge boost in confidence. 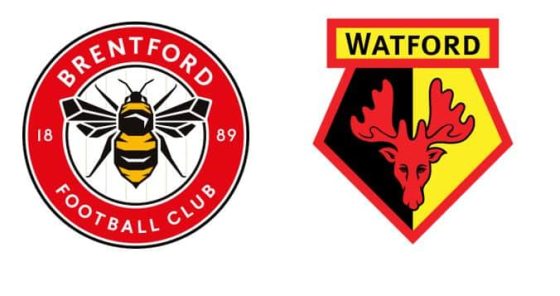