The 2020/2021 Championship campaign comes down to this final match-up between Brentford and Swansea on Saturday, bound to be played at the glorious Wembley. This article will provide you with the best free betting tips and predictions for this game.

Here is our team of experts take on the Championship play-off finals match-up:

The odds are true at the time of writing but may change without notice. Check your betslip carefully before placing your final bet. Our recommended bookmaker for this match is Ladbrokes.

With 6 wins, 3 draws, and only a single defeat in their last 10 games, Brentford does look favored to take the win home. Their Welsh counterpart has had 4 victories and 3 losses in their most recent 10 matches. However, their goal record throughout those ties has been worse at 13-10, compared to the 16-4 of the Bees. Head-to-head things look rather equal with 3 wins for the home side, 4 for the visitors, and 2 draws in the last 3 years. Overall, Thomas Frank's squad seems to be in a better recent form, with their defense really making the difference.

We already mentioned, Brentford’s defense in their last 10 games has been impressive. The team hasn't conceded more than once in any of those games, but let a goal slip in 4 of those 10. Swansea on the other hand has found the net in 7 of its last 10 matches, scoring 2 or more goals in 5 of the match-ups. Given that this is the final game that will decide which squad will be promoted to the Premier League, we believe that both sides will be very eager to get on the scoreboard.

Ivan Toney to Score at Anytime

Brentford’s gem Ivan Toney has had the campaign of his life this year. Scoring 32 goals and assisting 10 times in 47 Championship appearances he earned himself the Golden Boot. Finding the net on the final and most important game of the season will be the perfect way to top off such a great performance. The odds of 11/10 are the highest they've been in a while for Toney to score too.

Brentford vs Swansea: The latest stats and selection of the best odds

Check the latest statistical information about the upcoming deciders match:

Who will be able to make it in the end?

The two squads will meet in the playoffs for the second year in a row. However, last time around their tie was a semi-final. Brentford won that 3-2 on aggregate but was unable to finish the job vs Fulham. Now they have a second chance for their first-ever Premier League promotion. It surely does mean a great deal to the squad, coach, and supporters.

Swansea on the other hand has spent the last 3 years outside of the PL. The Welsh club must be seeking vengeance versus Brentford and has the chance to get it only a year later. The stakes are high, the pressure is high, which is all great news for us, football fans, who will get the joy of watching this game. 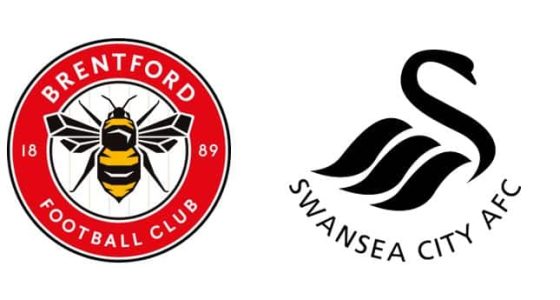