England might like to think they invented football, but if there’s a nation who can lay claim to perfecting the game then it would have to be Brazil.

Italy, Germany and even Argentina might have a great pedigree and also see themselves as footballing super-powers but Brazil's teams of 1958, 1970 and 1982 are widely mentioned in the context of the greatest footballing sides of all time.

As well as great sides Brazil are also renowned for producing fantastic individuals who have graced the game, becoming household names even to those who don’t claim to like football; players who have transformed and expanded the game and have seized the imagination of the world.

The list of Brazilian superstars is seemingly endless; so here’s a look at just 10 of the greatest players ever to wear the famous green and gold.

Netting 48 times in just 71 matches for Brazil, Zico is the country's fourth-highest goal scorer and is renowned for his impeccable passing and impossible free kicks. He was also a deadly finisher and ended his career with almost 500 club goals in less than 700 games. Despite appearing in three World Cups, including the highly rated 1982 side, Zico never won international honours playing for Brazil but there were plenty of individual accolades; including a record-equalling three South American Player of the Year awards.

Romario is still among the most prolific and clinical strikers in football history and was even described as a “genius of the goal area” by the one and only Johan Cruyff. His claim to have scored over 1000 goals in his career might be hard to prove, but there is no doubt about his ability at the top level as he managed to amass a host of honours in an illustrious career. He won a La Liga crown with Barcelona and three Eredivisie titles with PSV Eindhoven, while internationally, he won two Copa Americas and was instrumental in firing Brazil to success in the 1994 World Cup; with his performances in that tournament going some way to him being named FIFA World Player of the Year. 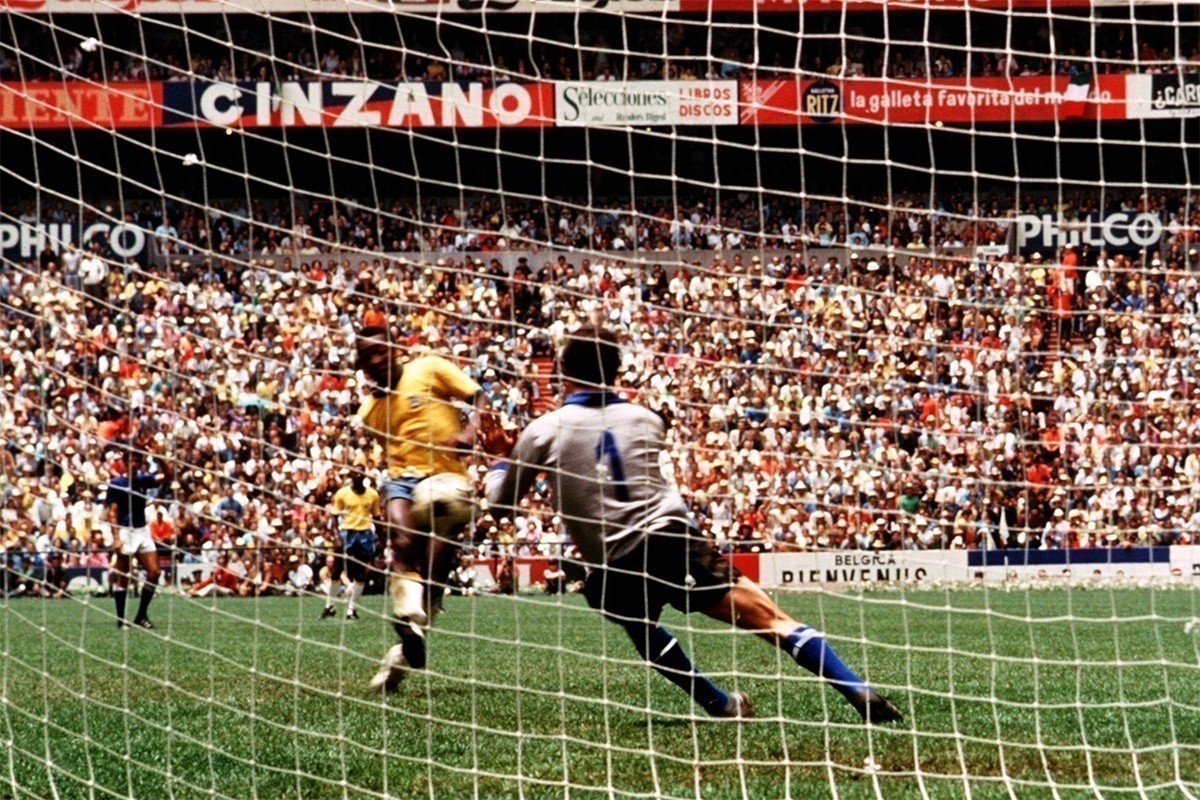 To many, Pelé was simply the most complete player that the world has ever seen. At the age of just 17 he became the youngest player to feature in a World Cup final in 1958, scoring on six occasions in Sweden, including a semi-final hat-trick and two more in the final. Thanks to his technical skill, ability to beat players one-on-one, his eye for a pass and his prowess in the air Pelé would go on to dominate international football for the next decade and beyond. His tally of 1,281 career goals is the highest officially recognised by FIFA, while he is the only player in history to have won the World Cup on three different occasions. He remains Brazil's highest goal scorer of all-time with 77 goals in 92 appearances but the legacy he has left to the game continues to this day and he remains probably the most iconic player to ever kick a ball.

Though Pelé is generally remembered as the most complete player of all time, Garrincha often overshadowed his fellow countryman with his impudent displays of skill and trickery leaving opponents wondering just what he would do next. Suffering from a bent right-leg following surgery to correct physical deformities from birth, his disability did not affect his ability to run at speed with a football and the boy from Botafogo soon became the hero of the people, with his jinking runs and mesmerising ball control. Garrincha was voted into the Team of the Tournament at the 1958 World Cup, before being elected Player of the Tournament four years later and when Brazil lost to Hungary at the 1966 World Cup, it was Garrincha’s first ever international defeat in 50 appearances for his country. 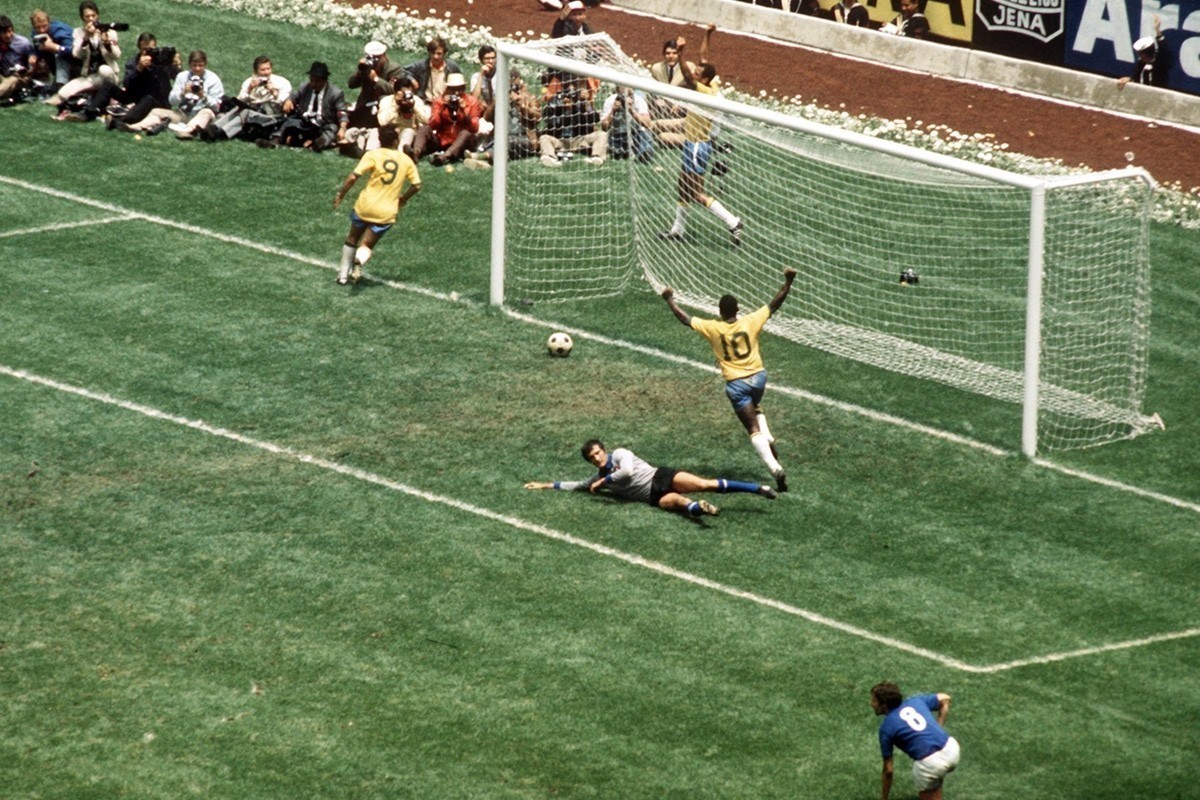 One of the pioneers of the “wing-back” role Carlos Alberto became known simply as “O Capitão” for his leadership qualities in the Brazilian national team which won the World Cup of 1970, a side which many still feel was the best ever. In fact his goal in the final that year against Italy, with just minutes to go, is considered by many to be the greatest ever scored. But it wasn’t just at international level that Carlos Alberto enjoyed great success; although he cut his teeth at Fluminense in Rio de Janeiro, it was at Santos where Carlos Alberto would enjoy his greatest achievements at club level where, in eight years at Pelé's side, he won a South American Super Cup, two Brazilian championships and five state titles.

Heading into the 1998 World Cup in France, Ronaldo had already scored over 200 career goals across four countries, won a World Cup in 1994, and twice been crowned FIFA World Player of the Year – all by the age of 21. Despite finishing the tournament with the Golden Ball and four-goals to his name the tournament would ultimately end in sorrow for the striker after he suffered a fit prior to the final and failed to perform when eventually named in the starting line-up. However, in 2002, following three years of almost constant absence through injury, Ronaldo returned with a bang to score eight and secure a fifth World Cup for his country. Despite a disappointing tournament in 2006 Ronaldo added three more World Cup goals to his tally which saw him become the tournament's greatest scorer of all-time, with 15 goals to his name and he ended his career having made 98 appearances for Brazil and scoring 62 times. Ronaldo was the ultimate number 9.

Tostão made his Brazil debut in May 1966, earning a late place in his country's 22-man squad for the World Cup in England just a month later; but it was his club form for which he was probably best know. Netting 46 times in just 22 starts for América MG, his first club, he then joined Cruzeiro where he was a real fan favourite, finding the target no less than 249 times in 378 games. After being part of the victorious 1970 World Cup side, he then went to Vasco da Gama, where he was just as prolific thanks to 71 goals in just 35 matches. In total, Tostão scored 366 goals in 435 career league games. 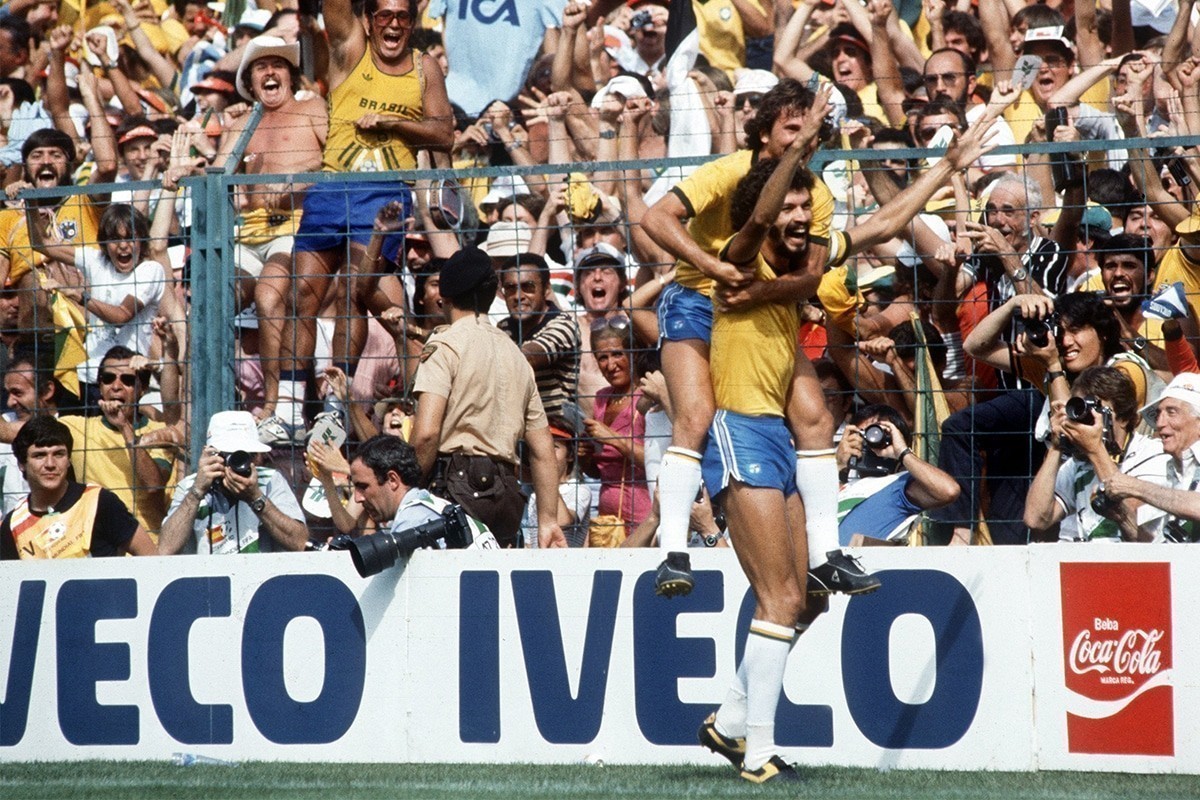 This elegant midfielder was the catalyst in a team that many considered to be one of the greatest the country has ever produced, despite playing in something of a barren spell by Brazil's standards. The linchpin of a formidable midfield and playing alongside the likes of Zico, Falcao and Eder in 1982 he would captain a team that lit up the World Cup of that year and despite failing to win it, were seen as one of the most exciting sides ever. Socrates is always associated with Corinthians, but he played for Botafogo too, making more than 250 appearances for them early in his career. As well as featuring heavily in the 1982 World Cup, Socrates also featured in the 1986 tournament in Mexico, scoring two goals. Claiming the title of South American Footballer of the Year in 1983 – he was also instrumental in helping Sao Paulo claim the league title in the very same year.

Scoring in every single one of Brazil's matches in the 1970 tournament to help his side to victory that year Jairzinho cemented his place in Brazilian footballing folklore. His devastating bursts of speed combined with lethal shooting illuminated the 1970 World Cup and his winner against England was one of the tournament's most memorable goals; but he was also a goal-maker and split defences with his superb range of passing. He played 81 times for his country and scored 33 goals playing in three consecutive World Cups in 1966, 1970 and 1974 before ending his career in 1982 at Botafogo – the club where his idol Garrincha was also worshipped. 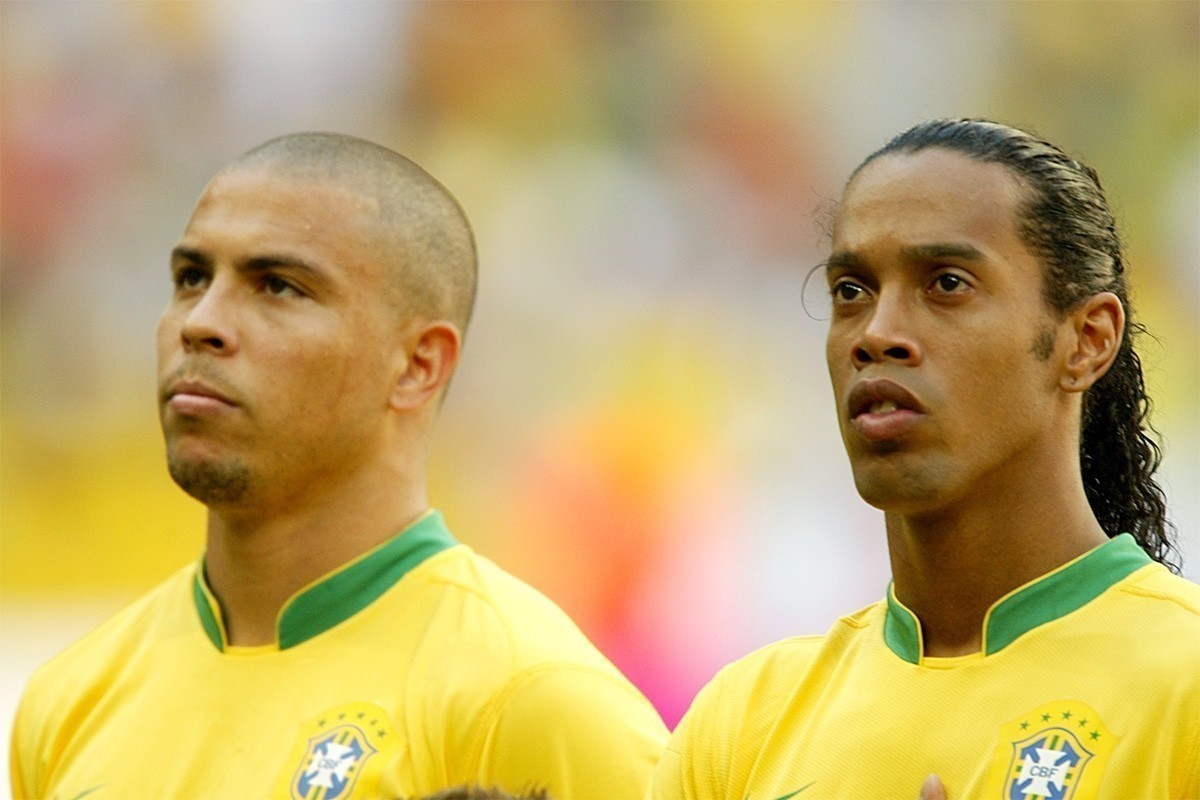 At his peak, few players in the history of football can claim to have rivalled Ronaldinho's ability. His flicks and tricks baffled defenders and delighted spectators in equal measure and he was always able to add a finishing touch when needed. In his five years at Barcelona he bagged two league titles and a solitary Champions League crown, but he was that good, for many this haul is seen as something of a disappointing return. The FIFA World Player of the Year in 2004 and 2005, Ronaldinho was unable to keep up the high standards and, at the age of 30, he made an early return to Brazilian football in 2001 and retired from the international game in 2013 having scored 33 goals in 97 games.