Two teams looking to finish safely in mid-table and hoping they can do enough not to be drawn into the relegation battle go head-to-head in Serie A on Monday night. Bologna sit 2pts and one place above their guests Spezia but the visitors head into the game as the form favourites.

Everything you need to know about Bologna vs Spezia

Just 2pts separate these two teams in the Serie A table

Bologna were away at Lazio last weekend where they fell behind to a 13th-minute penalty. During the second forty-five, Lazio added to further goals as Bologna failed to find the back of the net and the game ended in a 3-0 defeat. That result leaves Bologna sitting 13th in the table, 2pts off 12th, but defeat to Spezia would see the hosts drop one place.

Spezia might have had the home advantage against Fiorentina last time out but it didn;t stop them from losing the game. Fiorentina lead 1-0 at the break but Spezia got back onto level terms via Agudelo in the 74th-minute. However, this only seemed to spur the visitors on and in the 89th-minute Amrabat netted to win the game for Fiorentina. Another defeat on Monday could leave Spezia heading into the next round of fixtures as lost as 16thin the table.

Bologna: De Silvestri returns from suspension but Michael, Santander and Dominguez could miss the game through injury. 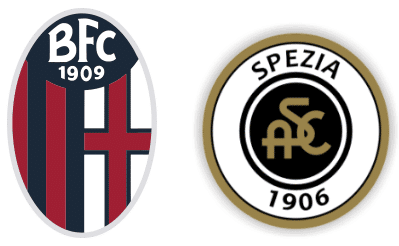