If this game had been played a month or so ago, it would have looked a bit different with both sides having seen their fortunes change a little since then. Does that make Middlesbrough the favourites to take maximum points? Find out with our Blackpool vs Middlesbrough match preview with free tips, predictions and odds mentioned along the way.

The points will be shared

There is no denying that Middlesbrough look to be a better side than they did a few weeks ago and that's reflected by the fact they've now only lost one of their last five away games albeit they have drawn two of those including the most recent. Blackpool had been on a pretty ropey run in front of their own fans as they sat winless in four, again, like their visitors, drawing two of those games. That changed with victory against Peterborough before Christmas though and that should give everyone a boost; after all, they are the sort of games that will be crucial for their ambitions of staying up. This match isn't but a point will be a good result.

Our next prediction is from the total goals market and we're going to predict an under 2.5 outcome. It's not a banker but, for our money, it's where the value sits. Why is that? Well, Blackpool have seen three of their last five home games fall short of 2.5 goals with three of Middleborough's previous five road games end the same way. That obviously means two of the last five for both teams have gone over 2.5 but neither side has a season average greater than 2.5 with Blackpool's 2.3 average the highest.

All the stats & odds for Blackpool vs Middlesbrough

Blackpool vs Middlesbrough: Check out the team lineups

It's not likely to happen but you could make an argument for either of these sides making a late playoff charge ala Blackpool in League One last season. Middlesbrough are more likely to fall into that bracket but the statement alone shows how well a) Boro have transformed from earlier in the campaign and b) how far above their weight Blackpool are punching.

Blackpool have had a whirlwind of a year; this time last season they'd had a rather poor start to the campaign in League One before an exceptional run of form saw them win promotion. That form continued in the Championship and whilst they're slowing up a little now, they're almost guaranteed to avoid any form of relegation scrap. Can they approach games like this with the shackles fully off?

Chris Wilder has – as most expected he would – quickly got this Middlesbrough side looking like a real unit. They've performed well of late and don't give much away, which means they'll always have a chance of picking up points. This is another game they will have earmarked as somewhere they can chalk up another three.

The final word on Blackpool vs Middlesbrough 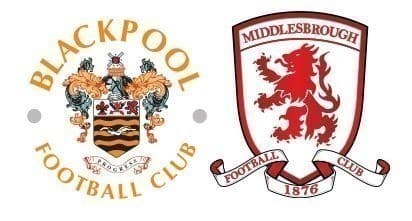