Blackpool vs Hull: Our top tips

Last season, this game was a League One fixture. Now, both teams have a serious chance of keeping their heads above water in the Championship. Will either be able to take three points here to further consolidate their position above the bottom three? Find out with our Blackpool vs Hull match preview with free tips, predictions and odds mentioned along the way.

It has draw written all over it

We don't need to spend too long on this tip; both sides have been scoring and conceding goals in recent weeks and we expect that trend to continue here. Each of Blackpool's last three games have seen goals at both ends with Hull having not seen a clean sheet in their last four. Four of the last five head to head meetings – including the last three – have all ended with both sides scoring.

All the stats & odds for Blackpool vs Hull

Blackpool vs Hull: Check out the team lineups

If you'd offered Blackpool and Hull their current positions (13th and 19th respectively) back in August they would have ripped your arm off. Blackpool look all but safe with 11 points between them and third bottom Peterborough whilst Hull still have work to do with just four points breathing space.

Blackpool might have struggled for results recently but the one win they've recorded in their last five was a big one as it came against relegation challenged Peterborough. This is another opportunity to put distance between themselves and those below them.

Hull are in a tad of danger near the bottom of the league but they do still have a bit of cushion on the bottom three. The Tigers have found a touch of form lately with just one loss in five and this is another opportunity to add something to their tally – even if it is just the solitary point.

The final word on Blackpool vs Hull 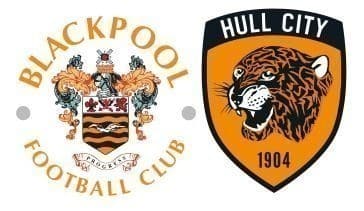