Blackburn vs Huddersfield: Our top tips

Blackburn are the form team in the Championship right now and with those teams above them wobbling over recent weeks the one time Premier League winners have a real chance of not only pushing for the top two but taking the title race deep into the season. Can they grab another three points here? Find out with our Blackburn vs Huddersfield match preview with free tips, predictions and odds mentioned along the way.

In our opening we touched on the fact that Blackburn are emerging as serious contenders for the Championship crown; well, alongside that, a certain Ben Brereton Diaz is shaping up to challenge Fulham's Aleksander Mitrovic for the golden boot too. Whether he can win that or not, we don't know but we do fancy him to score here. His tally for the season sits at 20 goals and he has four strikes in his last four games having netted in three of those four matches. Oh, and he scored a brace last time these two sides met in September.

Given we've just been waxing lyrical about their talisman it perhaps won't come as a surprise that we are tipping Blackburn to win this match. They are the in form team in the league right now; they're eight games unbeaten having won six on the spin heading into this match. Huddersfield aren't in bad shape either as they're five unbeaten, however, they have notably lost two of their last five away games. We think Rovers will have too much.

All the stats & odds for Blackburn vs Huddersfield

Blackburn vs Huddersfield: Check out the team lineups

Both of these sides are gunning for promotion to the Premier League as they sit in third and sixth place respectively. It's Blackburn in the more comfortable position though as they hold a six point advantage over their visitors along with a game in hand. A win here could combine for a huge gap between the two.

What do they say? If it's not broken, don't try and fix it. Well, there is nothing broken about this Blackburn Rovers side as they've been near perfect since getting tucked up by Fulham back in early November. More of the same is surely the order of the day here.

Read what we said about Blackburn; if something is working then why alter it? Huddersfield are in a good run of form and despite us backing Blackburn to win in our predictions, the Terriers will fancy their chances of taking something home from Ewood Park.

The final word on Blackburn vs Huddersfield 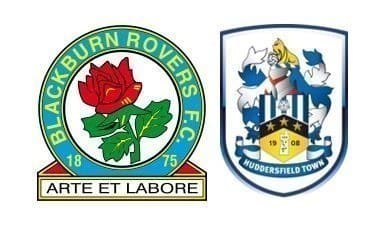