Blackburn's playoff hopes are hanging by a thinning thread. Can they kickstart some form with a win here? Find out with our Blackburn vs Blackpool match preview with free tips, predictions and odds mentioned along the way.

Rovers to find a way

We kick off our Blackburn vs Blackpool prediction with a home win tip. Blackburn aren't in great form with just five points in their last five matches. They have, however, only lost on of their last four on the road. Blackpool aren't in amazing form either though as they arrive at Ewood Park off the back of back to back defeats and on a three game winless run. They've only won one of their last 10 away games as well. To further poor doubt on a positive result we can look to the head to head record; four of the last five meetings between the clubs have ended in a Blackburn win.

Don't bank on many goals

Next up we back a low scoring game with an under 2.5 goals tip. Blackburn have gone under the 2.5 cut off in three of their last five matches whilst averaging just 2.0 goals per game. Blackpool have come in under the all important 2.5 marker in four of their last five outings. Their average is even lower than their hosts at 1.6 goals per game. Furthermore, you can look across the entire season to date and both clubs sit south of 2.5 on just 2.3 goals per game; that puts them in the bottom third of a ‘total goals' table.

Here are the key stats & form guide for Blackburn vs Blackpool

Blackburn vs Blackpool: Let's look at the predicted lineups

Blackpool don't need to win this game; their season has already been a success based on preseason expectations. For Blackburn, if they miss out on the top six it would be a disaster given where they have been this season.

Blackburn were looking in an automatic promotion race not too long ago and now they are outsiders for the top six. A perfect finish to the season will likely see them make it over the line but it's a big ask. The quest for perfection starts here.

Blackpool were everyone's bankers for relegation back in August so they deserve a big pat on the back to be well safe at this stage. That said, their fans will want to see a decent end to the season as well – especially because they lost their derby game last time out.

A quickfire FAQ on Blackburn vs Blackpool 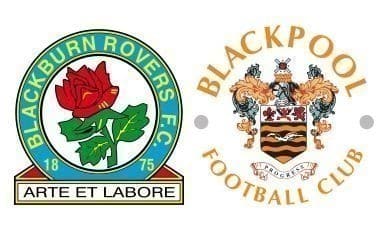