West Brom need a near perfect end to the season if they're to challenge for top six spot from deep in the table. Can they get three points here? Find out with our Birmingham vs West Brom match preview with free tips, predictions and odds mentioned along the way.

Baggies playoff dream to end with a draw

Sorry West Brom fans but we believe your feint playoff hopes end here with a draw. The Baggies are unbeaten in four games but two of them have been draws. You can then add in that Birmingham aren't in woeful form either albeit they're not exactly flying; the Blues have lost only one of their last four with two draws in that time. West Brom probably edge things on paper but the home advantage Birmingham have along with the fact they could end their rivals promotion dreams level the playing field.

We expect this game to be a tight affair and as part of that we wouldn't be surprised to see at least one side fail to score. Birmingham have seen their last three games end with at least on team blanking as well as in four of the last five games. West Brom meanwhile have seen both teams score in just two of their last five matches. Finally, you can look at the head to head record; each of the last three clashes have seen someone fail to score.

Birmingham vs West Brom: Let's look at the predicted lineups

This derby game comes with a little extra spice with Birmingham having the possibility of ending West Brom's very slim hopes of making the top six. That means that on top of blood and thunder of a normal derby there will be plenty of West Brom nerves thrown in too.

Birmingham's season has been somewhat underwhelming to say the least with their campaign over already. A win here would end their rivals' dream of making a late charge for the top six though and that would be seen as a huge silver lining.

West Brom will be kicking themselves for starting so slowly under new boss Steve Bruce now. The waited on making the change and then there was no immediate reaction; that saw the club drop into midtable before Bruce and his men put together a mini run. That gives them a glimmer of hope but it's well and truly must win time now.

A quickfire FAQ on Birmingham vs West Brom 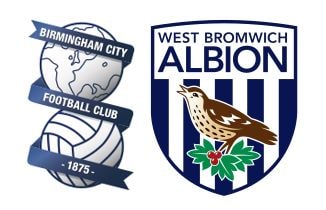