Birmingham were on the wrong end of a dramatic comeback in their last game meaning they've  now won just one of their last 10. Can they finally grab another win as Sheffield United visit? Find out with our Birmingham vs Sheffield United match preview with free tips, predictions and odds mentioned along the way.

Blades will win it

We've already touched on the fact Birmingham have won just one of their last 10 games; it's not great. The Blues are unbeaten in three but when you dig a bit deeper into that you'll see that all of those games have been against the bottom three – they've failed to beat two of those teams as well. Sheffield United by contrast come into this game having taken seven points from the last nine available including having won their last two games.

Our next tip for this fixture is that both teams will find the back of the net. Birmingham have scored in each of their last five games with their last league game without a goal dating back to before Christmas. Sheffield United meanwhile have scored in their last three matches as well as in seven of their last 10 in all competitions. The last two times the Blades have visited St Andrews we've seen goals at both ends as well.

Check out the key stats & form for Birmingham vs Sheffield United

Both of these teams are in decent enough form with three games unbeaten each but their league positions show this is likely to be a rather drab affair. That said, Sheffield United could really do with taking maximum points.

Birmingham's season looks as good as done really. They're not going up and relegation looks nearly as unlikely. Will we see a more relaxed set up for this game or is it too early in the season for that?

Sheffield United might be sat down in 11th place in the league but they've got plenty of games in hand over most. If they win al of those they'll be right in the top six mix. First up, Birmingham and it's very winnable.

A brief FAQ ahead of Birmingham vs Sheffield United 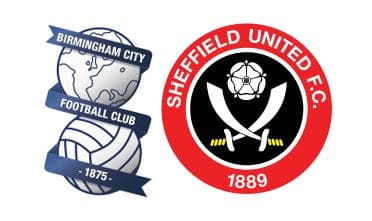