Birmingham vs Hull: Check out our betting tips

Both Birmingham and Hull are in the bottom third of the Championship standings but neither are in any danger of relegation whatsoever. Will that mean we see the shackles come off? Find out with our Birmingham vs Hull match preview with free tips, predictions and odds mentioned along the way.

We've already mentioned the fact that neither of these sides are exactly flying high in the table and, in fact, they are only separated by three points after 36 games. That tells you there is little between the sides. Recent form would tend to agree as well. Birmingham have taken seven points from their last five home games whilst Hull have amassed eight from 15 available on the road. On top of that, Hull have taken a point from their last two visits to St Andrews.

In our opening statement we questioned whether we'd see the shackles come off with little at stake. We're not sure its exactly going to be all guns blazing football but we do fancy both sides to score. Birmingham have found the net in four of their last five games at home whilst Hull have bagged in four of their last five away games. As for the head to head record, the last two clashes where Birmingham have been the home side have seen goals at both ends – and lots of them too.

Here are the key stats & form guide for Birmingham vs Hull

Would these sides have accepted facing each other in a nothing game in March back at the season start? In honesty, neither were going to be pushing for promotion so probably. Let's hope they can give the fans a showcase game of football.

Birmingham have struggled for long parts of this campaign but, ultimately, they're staying up without too many nervous moments. Now it's all about building towards the summer and making sure they can have a better season next year.

Hull looked into real danger not even a couple of months ago. The fact we're now saying they're safe with 10 games to spare is nothing short of miraculous really – although points deductions on other teams have helped. Still, that's not the fault of the Tigers and this is another opportunity to grab a result. It would be good if they can avoid their season petering out. 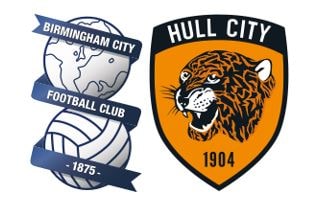