Cardiff have been in okay form of late but still they're perilously close to the relegation zone. Can they edge further away from trouble with a win at Brum? Find out with our Birmingham vs Cardiff match preview with free tips, predictions and odds mentioned along the way.

Birmingham vs Cardiff: Our top predictions

Birmingham's form has been lacklustre of late with just four points taken from the past 15 available; it means they've lost three of their past five games. Cardiff meanwhile have won three of their last five games and are unbeaten in three away games. On top of that, when Cardiff travelled to Birmingham in May they hit the Blues for four and haven't lost there since 2017.

With this over 2.5 goals prediction we're very much playing for value because Birmingham have only seen two of their past five games have gone over the 2.5 mark with a game average of 2.0 goals per game. Cardiff, however, have gone over 2.5 goals in four of their past five with their average sitting at 3.0 goals per game. Four of the past five head to head games have hit the three goal marker too. The average of those five h2hs is eyewatering too; they've shared a total of 22 goals giving them an average of 4.4!

With a high scoring game already predicted it is perhaps unsurprising that we're closing our betting tips with a punt on both teams scoring. Four of the last five head to heads have seen both sides hit the back of the net whilst Cardiff haven't kept a clean sheet since August. Birmingham have scored in three of their last five games including their last two as well so both sides finding the net looks highly plausible.

All the stats & odds for Birmingham vs Cardiff

Cardiff endured a horrific run of form in Mick McCarthy's final weeks as boss and it means they're going to spend the next few months – at least – looking over their shoulders at the teams behind them. A few good results have put a bit of breathing space there but there is still work to do. One area of concern though will be Kieffer Moore; he's not scored in a few games now. As for Birmingham, their season is going to be ‘meh'; they grind out results but never look particularly brilliant with goals their biggest problem. Scott Hogan is four games without a goal now after scoring three in three in late October/early November.

The final word on Birmingham vs Cardiff 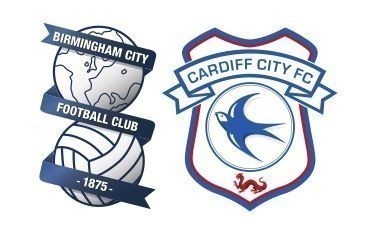