Wigan are yet to win a Championship match this season. Can they get up and running here? Find out with our Birmingham City vs Wigan Athletic match preview with free tips, predictions and odds mentioned along the way.

Expecting it to end level

Wigan have no wins in four matches played so far this season; they have three draws and a loss in that stretch. It's worth noting that Wigan have drawn three from three league games this season. In like manner, Birmingham City have struggled for wins lately; as they've won just one of five matches across all competitions. John Eustace's men are without a win in their last three games, with a draw and two losses. Like Wigan, Birmingham City tend to draw a lot of games; in fact, Birmingham have played five games this season, and three of them  were level at the end of regulation time. With this in mind, we believe that both teams will share the spoils here.

We would like to mention that Wigan and Birmingham usually don't score plenty of goals when they meet; as four of their last six encounters saw less than three goals scored. In the same vein, both teams are not exactly high-scoring sides this season; Birmingham have scored just three goals in four league games, while Wigan found the net just twice in three league matches. It's worth noting that all of Wigan's last four games went below the 2.5 goal line, with just five total goals scored in that four-game stretch; that's why we don't think these teams will score up to three goals between them.

Can Wigan grab a first win of the season?

Wigan might have only just arrived in the Championship having won promotion from League One last year but there is little chance of Birmingham underestimating them; Brum have a rather woeful record against their visitors with just the solitary win in the last five meetings. That adds a nice extra layer to this match.

Birmingham's form has gradually gotten worse over the course of their season; they accumulated four points from their first two matches, but have lost two from three games since then, with a draw. John Eustace's men will hope to halt their unwanted streak as they take on Wigan Athletic; it'll be interesting to see how they'll fare against the Latics.

Wigan's road trip to Coventry had to be pushed back due to poor pitch conditions; they've played three league games so far, drawing all three. Wigan will make the trip to the St Andrew's Trillion Trophy Stadium on Saturday; they'll hope to get their first win of the season here.

A quickfire FAQ on Birmingham City vs Wigan Athletic 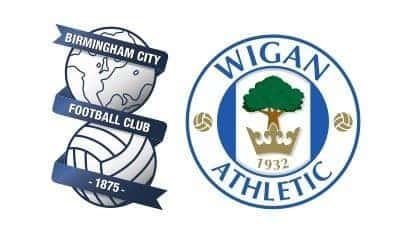