Bournemouth have lost their last two games and have slipped down to 3rd in the table over recent weeks but this weekend they make the trip to bottom side Barnsley where 3pts will be the order of the day.

At least three goals have been scored in each of the last three meetings between these two clubs and we're expecting plenty of goalmouth action this weekend. Over 2.5 goals have been scored in five of Barnsley's last six outings while three of Bournemouth's last four games have witnessed at least three goals scored, so you can see why we're backing over 2.5 goals this weekend.

Barnsley made the trip to Nottingham Forest in midweek where the visitors were completely outplayed in all departments. Forest went 1-0 up in the 15th-minute and found themselves 2-0 up before the break. In the second half, the hosts added a third goal to end any faint hopes of a Barnsley comeback. Barnsley sit bottom of the table with 14 points to their name but could move above Derby if they can better the Rams' result this weekend.

Bournemouth would have been expecting a win last weekend when they played host to struggling Hull. However, after a goalless first half, Hull opened the scoring through the impressive Longman and the Cherries failed to muster a response in the remaining 13-minutes. It's not all doom and gloom for Bournemouth fans as their side still sit 3rd in the table and are still on track for promotion back to the Premier League but just need to find some consistency.

Barnsley vs Bournemouth – Your Questions 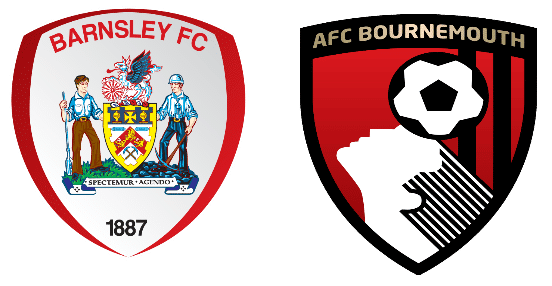