The Ballon d'Or is a significant award presented by “France Football” magazine and one of the most prestigious football awards. Let's review the betting odds for the 2021 winner.

As we edge closer to the Ballon d’Or awards ceremony, we now have a more accurate idea as to who the Ballon d'Or favourites are. Things have chopped and changed over the last few weeks too, more so than we anticipated. With this said, let’s have a look at the Ballon d’Or odds for the most likely winners right now!

The much-anticipated return of the Ballon d'Or is upon us and the odds on the next winner of the prestigious award have started to surface, but just who are the bookmakers backing and why? Some of the usual suspects make the list and following the conclusion of Euro 2020 and the Copa America, there are a couple of surprise names making their way into the running.

Now it's time to take a closer look at the players ranking high in the current odds for the next Ballon d'Or winner. We're going to look at the year each of the top 5 ranked players have had and what they have achieved this year that makes them a serious contender for the 2022 Ballon d'Or.

Robert Lewandowski has never won the Ballon d'Or before and the closest he has come is a 4th-place finish back in 2015. The Poland and Bayern Munich goal-machine had an amazing year in front of goal, netting 6-goals in 6 games for his country and a whopping 48-goals in 40 matches for Bayern Munich, so it's easy to see why he is up there in the Ballon d'Or rankings. Many people have been calling for the 2020/21 Ballon d'Or to go to Lewandowski following another phenomenal season in the Bundesliga and a decent performance with Poland at Euro 2020. However, he is currently a long way off the favourite Messi in the Ballon d'Or odds and with the Argentine winning an international trophy, he could prove very difficult to knock off the top spot.

In an interesting turn of events, Lewandowski has overtaken Messi as one of the leading Ballon d’Or favourites. He is currently listed just shy of 1.60 at most major bookmakers. Is this fair? Well, he has netted 54 goals, won the Bundesliga, as well as two major cups at Bayern Munich. He has continued to show incredible form in domestic football this season too. He already has 10 goals in 9 games, and in the Champions League, he has scored 5 already.

Therefore, it’s fair to say that Lewandowski is a scoring machine. But does this top the next guy on our list? Let’s find out.

Lionel Messi was the odds on favourite to secure his seventh Ballon d'Or award this season. The diminutive forward saw his odds shorten when he lead Argentina to the Copa America title, his first major international tournament victory with the national team. Messi scored 5-goals in 9 appearances for Argentina this year, four of which arrived at the Copa America. Messi was in fantastic form for Barcelona this season, netting 38 goals in 47 games and winning the Copa del Rey.

Up until recently, Messi seemed a dead-cert for winning the Ballon d’Or for 2021. Mainly, this is because he finally managed to win a major international title with Argentina. Of course, this was the Copa America during the summer, and he also managed to win the Copa Del Rey. Messi did fail to win La Liga with Barcelona, however, and he scored just 40 goals compared to Lewandowski’s 54. That’s quite a difference, and this might be why the Ballon d’Or odds for Messi have now gone down to 2.30-2.40 at most bookies.

Speaking of goal-scoring machines, does it get much better than Mo Salah? The odds of Salah winning the Ballon d’Or have shot up given his recent form. And just to recap, he’s netted 5 goals in the Champions League and 10 in the Premier League. He is undoubtedly one of the best players in the world right now, and some say the odds should be better on Salah to win this trophy. Currently, he is floating around the 14.00-16.00 mark, which seems a bit high considering his form.

We have a feeling that these odds might change as we edge nearer to the awards ceremony, however. This is especially true if he continues scoring goals at such a rate. 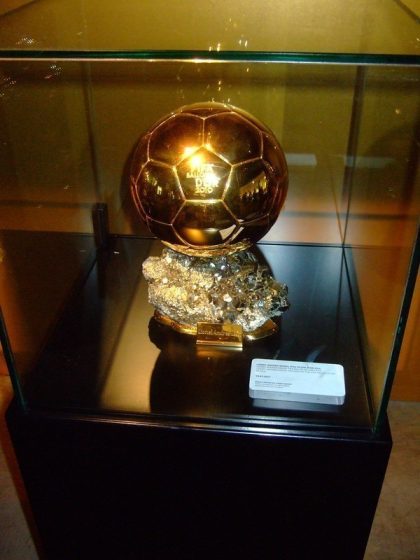 Next in line after Mo Salah is Jorginho. Many bookmakers have his odds as high as 20.00-25.00 right now, which is pretty staggering. When you look at what he achieved in 20/21, it’s better than all three guys above. Not only did he win the Euros with Italy, but he also won the Champions League with Chelsea. None of the guys mentioned above achieved such things, not combined anyway – even if they did score many more goals.

Oh, did we mention he also won the UEFA Super Cup? It just seems to get better for Jorginho in the build-up to November.

N'golo Kante has been fantastic ever since he joined Chelsea back in 2016 and does a crucial job for the team that appears to go unnoticed when it comes to the awards season. However, the French international is right up there in the Ballon d'Or rankings this season and if it hadn't been for France's poor performance at Euro 2020, he surely would have been closer in the current Ballon d'Or odds to Messi. Kante helped his side secure the FA Cup and the Champions League this season, featuring 6 times for his country in 2021 and making 48 appearances in all competitions for his club. Many in the world of football have been getting right behind Kante for this season's Ballon d'Or but right now, it looks like he will narrowly miss out.

At the age of 36, Cristiano Ronaldo is still performing at the highest level and remains a superstar for club and country. Despite rumours that he may leave Juventus this summer, Ronaldo has been fantastic on the pitch and it is a wonder just how Juventus underperformed so badly. Saying that, Ronaldo did manage to get his hands on the Coppa Italia and had a very good Euros with Portugal, so we can see why he is the joint-second favourite in the Ballon d'Or odds and rankings. The Portuguese star scored 36-goals in 44 games across all competitions for the Serie A side, whilst netting 7-goals in 9 games this year for Portugal and breaking the record for the highest international goalscorer of all time.

Harry Kane captained England to the final of Euro 2020 and had one of his best goalscoring seasons for Tottenham but only ended the campaign with a couple of loser's medals. Much of the talk about Harry Kane this summer has been transfer speculation as the striker appears to want to move away from his boyhood club in order to win trophies. Kane scored 33-goals in all competitions for Spurs this season and scored 6-goals in 10 games for England during 2021. If Kane had managed to help England beat Italy in the Euro 2020 final then he may well have been right up there alongside Messi in the Ballon d'Or rankings but instead, he may have to wait until he makes the move to a bigger team before claiming the prestigious award.

Odds for the winner are the most popular type of Ballon d'Or bets, and people would have put their money on this market most. The thrill of predicting the winner has always been one of the most popular types of markets in sports betting, and that won't change in the future. The odds for these types of outright markets are better than others, especially if you place the wager months in advance.

Alongside the Golden Ball winner, France Football also presents second and third place awards called the “Silver” and “Bronze” ball. They are awarded to the second and third most accomplished footballers throughout the year. Except for the first place, these two markets are also popular amongst punters. Some bookmakers even let punters request bets, like “To Finish in Top Three for Ballon d'Or” or something similar.

Best Places to Bet on the Golden Ball

Established bookmakers offer odds and markets on the Golden Ball each year, and we are glad to give you a shortlist of the best bookmakers you can bet with when the time comes.

Ladbrokes is an excellent choice because they have one of the best online and mobile platforms for online betting in the UK. They also have numerous betting shops you can go to place football bets. Ladbrokes platform offers a wide array of sports and markets to choose from, including outright markets for many competitions. You can also use one of the betting features available to all customers or benefit from bonuses, promotions, and games for existing customers.

Betfair is one of the more popular bookmakers in the UK, and they offer a wide array of services on their platform, including a Sportsbook, a Betting Exchange, Online Casino, Live Casino, and more. They provide attractive welcome offers for each of the available platforms. They regularly offer bonuses to customers, especially around the prevalent competitions, like the Premier League finals, FIFA World Cup finals, etc.

Bet365 provides a wide array of options to their customers, including betting on popular and not-so-popular sports. Bet365 also provides plenty of betting features you can use to increase your chances of winning, like live streaming and in-play betting, edit bet, cash-out, bet builder, etc. Some punters might even say that Bet365 offers the best odds on certain events than most bookmakers, but nowadays, there are so many new bookies, and odds change daily, so sometimes they have better odds and sometimes they don't.

William Hill is one of the oldest bookmakers in the UK, and they have plenty of experience with online and in-store betting. They provide an attractive online platform, and their welcome bonus is competitive and one of the best. WH is known for providing some of the best bonuses for existing customers, including the daily odds boosts and ACCA boosts. You can browse their wide selection of markets for various sports and competitions and choose the best ones.

Betfred is a well-known name in sports and sports betting. They provide one of the best online platforms and have a unique website design. Compared to other bookmakers, they might not have the most extensive library of betting markets and sports. Still, they offer quality bonuses for new and existing customers, including their attractive welcome offer. You can also use some of their betting features to have a better chance at winning.

Who has won the Ballon d'Or most times?

Lionel Messi has won the Golden Ball six times in his career, the current record, followed closely by Ronaldo with five wins.

When is the Ballon d'Or usually presented?

The Golden Ball award is presented every year at the beginning of December, and it would have been this year, too, if not for the cancellation.

Is the Ballon d'Or going to be presented next year?

FIFA has no plans to cancel the Golden Ball award next year, and we think that as long as there aren't any significant competition cancellations like in 2020, FIFA will present the award in 2022.

Who decides who the winner of the Ballon d'Or will be?

The shortlist of players to choose from is created by a select committee, while the actual winner is selected by media representatives who are football experts in their field.