North Macedonia have nothing to lose in Group C as they are expected to finish bottom and many question whether they will even put a single point on the board. The pressure is on Austria to secure a win in the opening round of group games as tougher matches against the Netherlands and Ukraine await.

Read on for our full match preview and prediction for Austria vs North Macedonia in the European Championship.

These two countries met twice in 2019 and on both occasions, Austria won and both teams scored. Austria have only won one of their last six international matches but they have played against some tough opponents during that period and three of those games ended with both teams scoring. Both teams have also scored in three of North Macedonia's last five fixtures and they have lost two of their last three games outside of Macedonia.

Each of the two previous meetings between these two countries have produced over 2.5 goals and we're expecting more of the same on Sunday. Three of Austria's last five fixtures have witnessed over 2.5 goals being scored and the same can be said for four of North Macedonia's last five outings, adding plenty of weight to our prediction for at least three goals being scored this weekend.

Sasa Kalajdzic is fairly new to the Austria national team but the striker has netted 3-goals in 7 appearances for his country. The Stuttgart forward enjoyed a very successful campaign in the Bundesliga this season, netting 16-goals in 33 games. Each of Kalajdzic's international goals arrived during the World Cup qualifiers this year and he is much better form than the more established Marko Arnautovic.

Everything you need to know ahead of Austria vs North Macedonia

Can North Macedonia defy the odds and beat Austria?

Austria drew 0-0 with Slovakia in their last warm-up game ahead of their Group C opener against North Macedonia. Austria aren't in the best of form heading into this summer's tournament but they are still the odds on favourites to beat their opponents on Sunday with all the major bookmakers. Arnautovic is in the squad and has scored more international goals than any of his teammates but he is going through a drought right now having failed to score for Austria since 2019. Kalajdzic is the in-form striker and heads into Euro 2020 on the back of an excellent campaign with Stuttgart in the Bundesliga.

North Macedonia are down as the Group C whipping boys but their form heading into the tournament has been pretty decent. Their last game against Kazakhstan produced a 4-0 victory and they even beat Germany 2-1 in a World Cup qualifier in March. However, this is North Macedonia's first-ever major tournament since they were part of Yugoslavia and a lack of experience at international tournaments could be their downfall this summer. Pandev is the most famous player in the squad and he captains the side. The 37-year-old forward played for Inter Milan, Lazio and Napoli in his prime but is now past his best. However, with 37 goals in 119-caps, Pandev is a threat for the Macedonians and will be looking to impress in what is likely to be his first and last major international tournament. 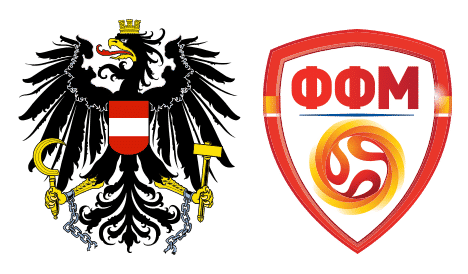