Arsenal got knocked out of the League Cup in midweek and have failed to win any of their last four matches in all competitions but will be confident about their chances of securing a victory in the Premier League this Sunday when they play host to a Burnley side that sit bottom of the table and are yet to replace their departed star striker Chris Wood.

Only one of the last four league meetings between Arsenal and Burnley have ended with both teams getting on the scoreboard, and we can only see one of these two sides finding the back of the net this weekend. Both teams have also scored in just two of Arsenal's last six matches and in three of Burnley's last six outings with Dyche's men failing to score in three of their last five league games and the Gunners missing the target in each of their last three matches.

We're not expecting this game to be a goal-fest as each of the last four league meetings between the pair have produced under 2.5 goals. Under 2.5 goals have also been scored in each of Arsenal's last three matches and in three of Burnley's last six outings, so you can see just why we're expecting a low-scoring game this weekend. The hosts have failed to find the back of the net in each of their last three games, while Burnley have sold their main striker to relegation rivals Newcastle despite their own lack of firepower upfront which has seen the visitors fail to score in three of their last five league games.

Key Stats and Figures for Arsenal vs Burnley

Arsenal aiming to get back to winning ways this weekend

Despite leaving Anfield with a goalless draw, Arsenal lost the home leg of their League Cup semi-final 2-0 thanks to a brace from Jota and to add insult to injury, they had Partey sent-off and now he and Xhaka will miss the Burnley game. Arsenal sit 6th in the table but their recent form suggests that they could slip further down over the coming weeks.

Burnley haven't played a game since being dumped out of the FA Cup in front of their own fans by Championship side Huddersfield. Since then, Dyche has lost his main striker Chris Wood and is yet to invest in a new target man, though, the aging Andy Carrol has been linked with a move to the club. Burnley are bottom of the table but have played 3-4 games fewer than their main relegation rivals and could still pull off a great escape.

Arsenal: Xhaka and Partey are both suspended, while Elneny and Pepe are at the Africa Cup of Nations and Soares, Aubameyang, Chambers and Leno are all doubts through injury.

Burnley: Barnes, Taylor, Cornet and Roberts could miss the game but Gudmundsson, Collins, McNeil, Pieters and Vydra should return to the side. 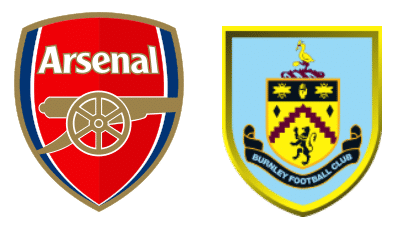