This is a tough game to call. Who do we see advancing? Find out with our AFC Wimbledon vs Gillingham match preview with free tips, predictions and odds mentioned along the way.

Wimbledon to win it

AFC Wimbledon have had a fairly decent run of form recently; they are unbeaten in their last three matches across all competitions. This is due, in part, to their defence; as Wimbledon did not concede a single goal in their last three games. On the other hand, Gillingham have not enjoyed their best run of form lately; they suffered five losses in their last eight matches. It's important to note that Gillingham tend to fall short when they go up against Wimbledon; they have no wins in the last four encounters between these two, with just one win in their last seven clashes. Considering Wimbledon have the advantage of playing at home, we believe they'll win this match.

We've already established that Wimbledon did not concede in their last three games; we should also point out that they've also struggled to find the net sometimes. In fact, Wimbledon blanked in five of their last six matches. Because of their lack of goals, most of Wimbledon's games usually don't feature goals at both ends; at least one team did not score in all of Wimbledon's last seven games. It has been the same case with Gillingham's recent matches; as one team failed to score in six of their last seven games. With this in mind, one of these teams should blank.

Who will advance to the next round?

These two sides both suffered relegation from League One last season and alongside doing battle to bounce straight back, they also face off in this cup tie. It should be a fiercely competed match albeit AFC Wimbledon arrive in superior form than Gillingham.

Gillingham got their first win of the season against Rochdale on Saturday; they've had some mixed results recently, with three wins and three losses in their last six games. Gillingham will visit Plough Lane for their first EFL Cup fixture of the season; they'll be eyeing a place in the next round.

A quickfire FAQ on AFC Wimbledon vs Gillingham 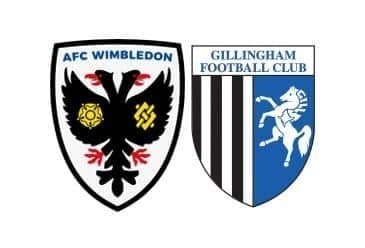