Last time out Doncaster managed to break their winless run. Accrington, however, had an afternoon to forget. Which side will win this battle of mid-table? Find out with our Accrington vs Doncaster match preview with free tips, predictions and odds mentioned along the way.

Accrington vs Doncaster: Our match picks

Doncaster's victory over Shrewsbury on Saturday was a much needed shot in the arm following what had been an absolutely awful run of nine game without a win. Spirits will be on the mend now though and they'll arrive at Accrington buoyed by the win. Accrington's weekend wasn't quite so positive! They fell to a 3-1 defeat away at struggling Rochdale. It means they've recorded just one win in six outings. The season is as good as over for both sides such is their position in the table; we think Donny ending that terrible run will give them the edge.

A fair few goals to be scored

Over the entire season Accrington's home form shows their games generally come in under the 2.5 goals mark but we think this one will see at least three strikes go in. Why? Well, their season average might come in short but their last five home matches have seen 15 goals; an average of three on the nose. Then you have Doncaster to consider. Their away fixtures have washed through at a rate of 2.7 goals per game across the campaign. More recently, that's dropped but only to 2.6.

Both sides to bag

Our final prediction backs both teams to find the net. Despite their respective difficulties with finding form both sides have been scoring goals on a regular enough basis. Accrington at home have scored in six of their last 10 whilst Doncaster have achieved the same stat but on the road. The other good news for this bet is that both sides have only managed to record two clean sheets in the same 10 game period we've just

A nothing game but one worth watching

Their seasons might be settled amongst the dullness of mid-table but nobody likes failing to win on a regular basis. Unfortunately, both these sides have become to used to losing football matches though. Both sides can't lose this one and either of them could feasibly win it too. That should make for a reasonable watch.

Accrington vs Doncaster: A quickfire Q&A to close 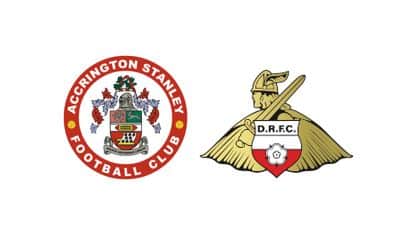