Off the back of consecutive defeats, Tranmere are set to visit Accrington Stanley to play the first round of the EFL Cup on Tuesday, 9 August. Accy have got the back of an unbeaten streak ahead of this game.

Tranmere has been dominant in the previous H2Hs against Accrington but current stats let us predict a different outcome. The Super White Army have lost all of the last three games in a row. Tranmere had winning momentum in the away outings of pre-season but they lost the away league attempt previously. On the other hand, Stanley are making the turns of wins and draws from the last four games, winning two in the recent three. Hence, we expect Accrington this time to fancy their chances at home.

Three of the last four H2Hs between these teams have ended with over 2.5 goals and in this case, the same is expected to be repeated. Stanley have scored five goals in the last three outings. Accy rattled the net at least twice in three of the previous four home attempts. Tranmere added a total of ten goals in the previous five outings.

Accrington Stanley vs Tranmere Rovers: Check out the best odds and the latest stats

Accrington Stanley vs Tranmere Rovers: Check out the team lineups

Accy were clipped to a draw at home in the first game of League One but they earned a victory previously against Shrewsbury at the away venue. Accrington are currently sixth on the points table of the league. Joe Pritchard will not be able to make an appearance in this game due to a hamstring injury.

Super White Army conceded their consecutive second victory of League Two in the last game against Mansfield by 1-0. Tranmere are now twenty-third in the points table with -2 GD points. The club manager Micky Mellon will not have any fitness concerns in the team to report before this duel. 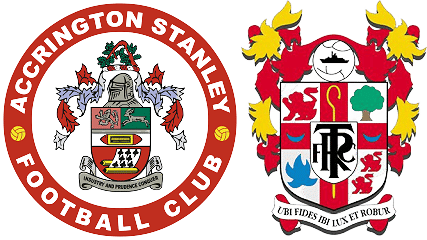