An emerging Asian super power with money to spend and an unbreakable will to do whatever it takes to lure the best football talent on the market, while also looking to strengthen its nation’s standing in the game for future generations. Sounds familiar doesn’t it?

But this isn’t the cash-rich Chinese Super League circa 2017. This is Japan in 1993, as the eagerly anticipated J-League finally bursts onto the scene and threatens to blow everyone else out of the water.

In the late 1980s Japanese football was on its knees. Prior to the inception of the J-League it was a sport that few had any time for. The country might have won bronze at the 1968 Olympics, but interest in soccer lasted about as long as most Brit’s enthusiasm for tennis each time Wimbledon came around, pre-Andy Murray.

Modern football is thought to have been introduced to Japan in 1873 by British Royal Navy officers and by 1921 the Japan Football Association (JFA) was established in Tokyo, eventually being affiliated to FIFA in 1929.

The national team competed at the Olympics in both 1936 and 1956, though it was not until the 1964 Tokyo games that it really began to take-off, after a famous 3-2 victory over Argentina. The following year saw the creation of the Japan Soccer League (JSL), but it was still very much an amateur sport.

Mostly due to the fact that the Olympics began to allow professionals to compete at the 1984 Los Angeles games the JSL didn’t hang around, quickly announcing that they would also recognise professional players in 1986. It was only a matter of time before the country had its own full-time competition and by 1988 the JFA decided to create a professional league.

Interest in the game was still largely limited however in a country largely obsessed with baseball, but that was all to change when in November 1991 it was announced that the Japan Professional Football League, popularly known as the J-League, was to be formed.

At the start of the ‘90s the Japanese national side was struggling in the lower reaches of FIFA’s world rankings. Stadiums were crumbling and crowds were virtually non-existent.

In stark contrast the Japanese economy was booming — it was only a matter of time until the ultimate marriage of convenience was proposed between the game and some of the big businesses across the country. 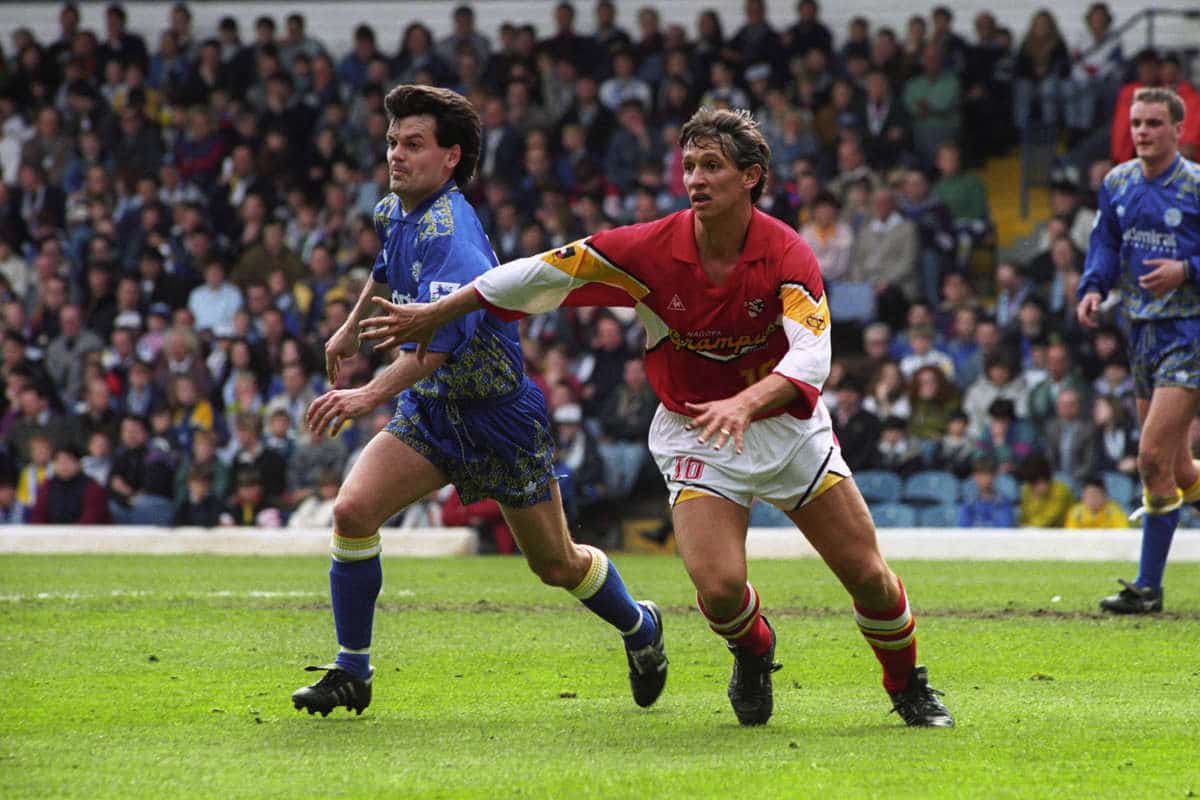 Despite the doubters, the new incarnation was a huge success and on 15th May Verdy Kawasaki took on Yokohama Marinos in the J-League's opening game and a huge watershed moment for the sport in Asia.

Foreign stars made-up most of the sides in those early days, and the inaugural match was no different, with Dutch striker Hennie Meijer scorin the league’s first ever goal, for Verdy Kawasaki, before Brazil’s Everton and Argentine Ramon Diaz struck in a 2-1 win for Marinos.

With football in Japan going from strength-to-strength and with clubs, as well as their new backers, keen to ride the wave of popularity it wasn’t long before some of the bigger names of the game were targeted in order to raise the game’s profile and increase interest among an increasingly hungry audience.

Mostly thanks to their wealthy backers, clubs recruited stars from all over the world, albeit in the latter stages of their careers. In its infancy the J-League was very much built on imported talent as clubs offered huge wages to the likes of Zico, Jorginho, Dunga, Patrick M’Boma, Dragan Stojkovic and England striker Gary Lineker.

Lineker was handed a lucrative deal from Nagoya Grampus Eight, who were based in Nagoya, though it seemed a bizarre move for a man still regarded as one of the greatest footballers in England who would only just fall short of Jimmy Greaves’ all-time goal scoring record. But his willingness to go East showed not only that the J-League meant business but top players saw it as a worthwhile venture too.

Future Arsenal manager Arsene Wenger also coached there, as did two former Tottenham players, Ossie Ardiles and Steve Perryman, as it was hoped their influence and experience would eventually go a long way to improving the quality of the league’s home-grown stars. Naturally, with players and coaches of this quality becoming involved, the standard of football across the league increased.

Within three years of the professional league’s first game, Japan had surged up the international rankings and crowds were averaging nearly 20,000 each game. This was all well and good, until an economic crisis threatened to take Japanese football back into the wilderness once again.

But it was during this time that the J-League proved it wasn’t just about big-money deals and high profile signings. The Japanese FA now started to think long-term and put a plan in place for the national game which involved the ambitious vision of a league consisting of 100 full-time clubs, not to mention the target of winning the World Cup by 2092. 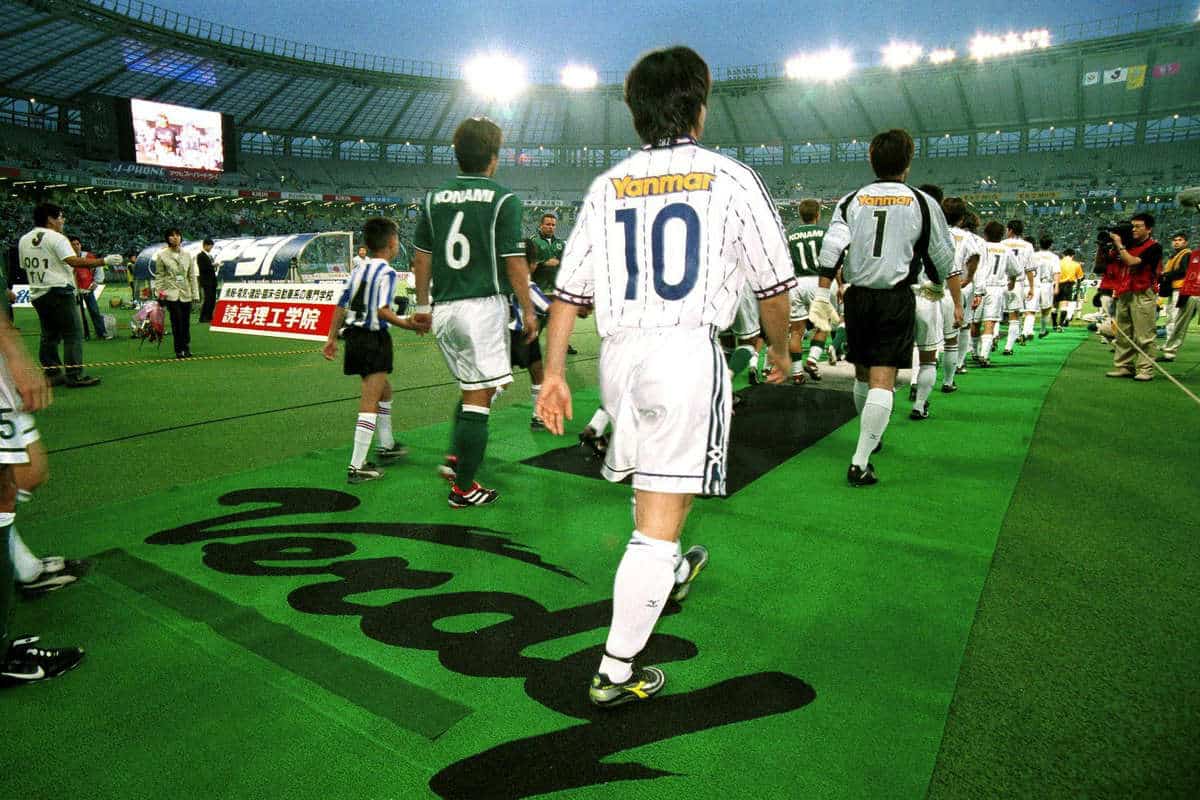 An optimistic pipedream? Maybe. But what this revolutionary blueprint did do was to make people feel like a valued part of the game, rather than it just being something to be consumed and then discarded in an increasingly throw-away society.

The future of football in Japan was now about forming partnerships with local, smaller companies as well as grassroots academies in the hope it would promote the sport to youngsters and encourage participation, as well as go along an watch their local side.

This vision was backed-up by implementing a two, and then later, a three-tier league format, which would grow as the nation neared its ambitious objective. Initially, the top tier consisted of 16 clubs and the second had just ten. This would later become 50 teams over three divisions; a clear illustration of how the sport had been embraced by the Japanese people.

As a result, average attendances gradually bounced back after falling in the late 1990s, thanks mostly to a surge in interest after Japan co-hosted the 2002 World Cup with South Korea. Today average crowds for J-League games are just outside the top-10 in the world according to World Soccer magazine.

And it’s not just off the field that Japanese football has reaped the rewards of its long-term investments in the last quarter of a century. In Asia, where the English Premier League is often the dominant force, the J-League offers Japanese fans a home-grown alternative — as well as being a realistic route to the top for players without having to travel to Europe.

Maya Yoshida, Yuto Nagatomo, Shinji Kagawa, Shinji Okazaki and Keisuke Honda are just a few familiar names who were products of the Japanese domestic game, while a large proportion of Japan’s last World Cup squad were based in Europe, predominantly in the Bundesliga — one of the best and most-respected leagues in the world with an audience of millions.

It’s not just at domestic level that Japan’s players have excelled either. The J-League was created in an attempt to strengthen the national side and now it's on the brink of becoming one of the world's top leagues. Three per cent of all players at the last World Cup played in the J-League, a pretty impressive figure compared with the many South American leagues for example. 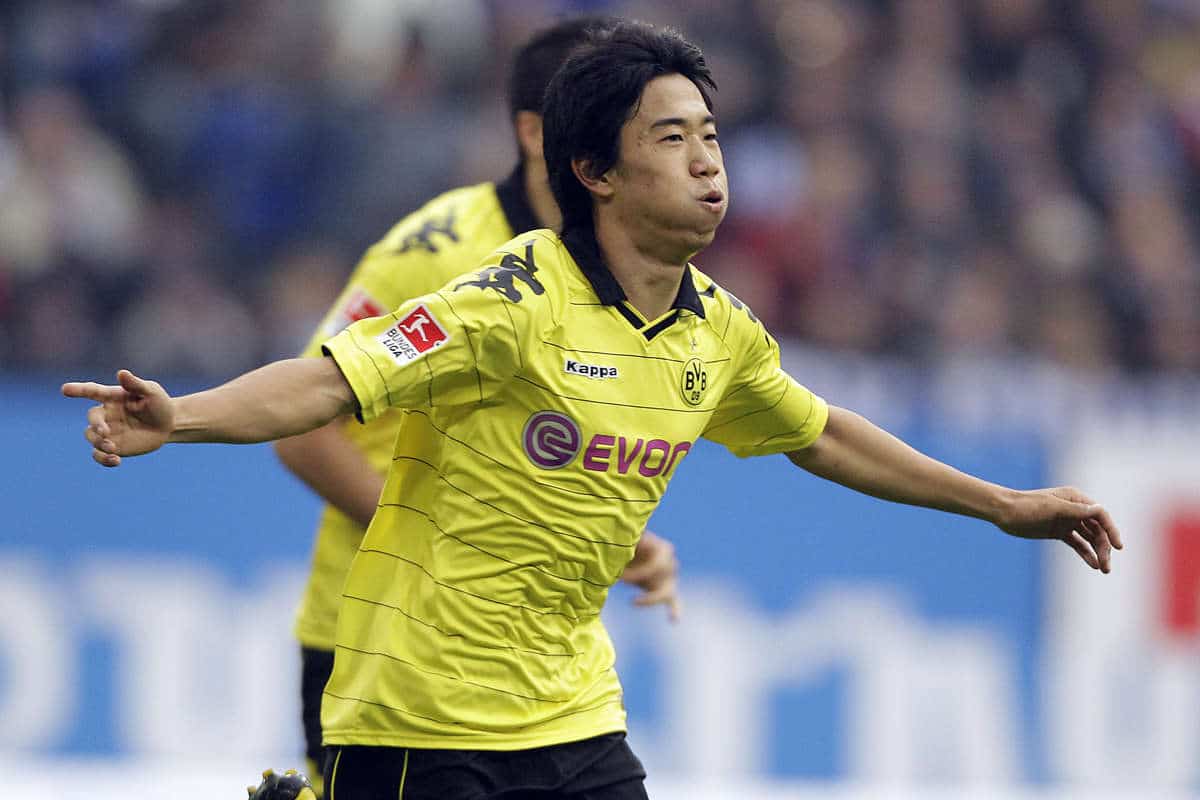 There’s also the fact that the J-League has provided a platform for many South Koreans to develop their game and prove their worth, an opportunity that they surely would not have had in the days before the Japanese football boom, while providing a major boost for Asian football as a whole.

Whether Japan can win a World Cup by 2092 remains to be seen, but they look on course to complete the task of being home to 100 professional clubs. Success doesn’t come overnight, which is exactly why the Japanese FA set such a lengthy time frame on its vision. Meanwhile the national side continue to plan for Russia 2018, which would be their sixth consecutive World Cup should they get there.

And so, almost a quarter-of-a-century on from the formation of the J-League and all the sneering suspicion and, at times, downright xenophobia that it brought with it, football now finds itself in a similar place once again, this time from another emerging power in the East.

After decades of purging the game’s best thanks to the promise of enormous riches and endless exposure in a country which “gave football to the world,” the English game finds itself anxiously peering over its shoulder at what might be lurking beyond the horizon — namely in the form of the Chinese Super League.

But amidst all the suspicion, hypocrisy and, at times, jealousy that follows every audacious bid for one of ‘our' players — who, we are led to believe, are only interested in lining their pockets and playing out their days in relative comfort — who is to say that another Asian league in its infancy might not benefit China, its players, the sport and its followers in the same way that the J-League has in the years since its creation?