The Champions League qualifiers have reached the play-off stage and we're taking a closer look at the 1st leg of the tie between Young Boys and Ferencvaros which is due to be played at the Stadion Wankdorf in Bern.

Young Boys are the favourites to win in Switzerland and we're expecting both teams to score in what should be an exciting opening leg. Young Boys have won three of their last six matches in all competitions and both teams have scored in four of those fixtures. Both teams have also scored in three of Ferencvaros's last five matches and the visitors have only failed to score in one of their last six outings.

We're predicting goals in this 1st leg and fully believe that Young Boys will score the majority. Over 2.5 goals have been produced in three of Young Boys' last six outings, including their last two competitive fixtures, while at least three goals have also been scored in three of Ferencvaros's last five matches.

In terms of a final scoreline, we're going with a 3-1 win for Young Boys. The hosts have scored three or more goals in three of their last six matches but have only managed to keep one clean sheet during that period. Ferencvaros are the underdogs but they have only failed to score in one of their last six outings.

Can Ferencvaros upset the odds by avoiding defeat in the 1st leg?

Young Boys knocked out Cluj in the last round 4-2 on aggregate and looked especially good in the home leg of that tie. The hosts also secured a 4-1 win against Littau in the Swiss Cup at the weekend and look full of confidence right now. Clean sheets have proven tricky for Young Boys to come by but that doesn't always matter so much when you are scoring so many goals at the other end of the pitch and we expect this to be an aspect over the two legs against Ferencvaros.

Ferencvaros are the bog underdogs for this Champions League play-off tie but must be taken seriously by their Swiss opponents after knocking Slavia Prague out in the last round 2-1 on aggregate. The Hungarians have made an indifferent start to the new season, picking up one win and one defeat from their opening two domestic games but they have been scoring on a regular basis which is always a positive and could keep them in this tie ahead of next week's 2nd leg. 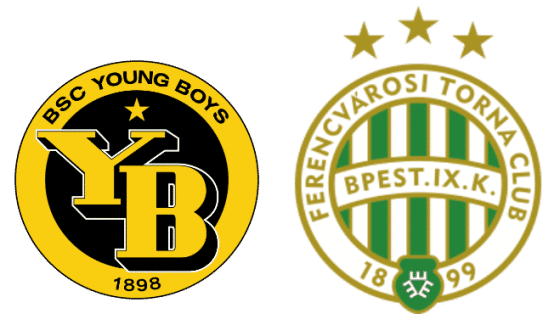