Another interesting duel in the upcoming Champions League round is the Young Boys vs Atalanta matchup. With that in mind, let's check the game in more detail and what we can expect to happen.

If you are not sure what is the right bet for the Young Boys vs Atalanta duel, check our top betting tips for this match:

The first duel between Young Boys and Atalanta in the group ended with a 1-0 Atalanta win and we expect the Italian team to snatch another victory in their upcoming game as well. All teams in the group still have a chance to progress, so this is a very important match for both teams. Still, Atalanta is the better team of the two and we can see them getting the win in this match, especially since Young Boys is in poor form and without a win in the last four matches in all competitions.

Although we've only seen one goal in the first game between these two teams in the group, we expect to see some goals in this one. Both teams are known for playing high-scoring matches and it was really surprising to see that first match. For example, Atalanta averaged 3.38 goals per game in Serie A so far, while Young Boys averaged 3.58 goals per game in the Swiss league this season.

Since we expect to see at least three goals in this game, we also expect both teams to score. As we already mentioned, this didn't happen in the first duel between Young Boys and Atalanta, but we can see it happening in this match. After all, both teams have scored in three of the four Atalanta matches in the Champions League, as well as two of the four Young Boys matches in the group.

The best odds and important stats for Young Boys vs Atalanta

If you are looking for the best Champions League odds, including the odds for Young Boys vs Atalanta, you've come to the right place:

Young Boys vs Atalanta preview: Can Young Boys get out of the slump?

The last couple of weeks were far from great for Young Boys since the team has one win, one draw, and three losses in the last five matches in all competitions. That being said, the team is still just six points away from the top in the Swiss league, but they are currently last in their group in the Champions League with three points from four matches. One of the reasons for such poor form is the extensive injury list, with five players who are out with injuries and a few more who are questionable.

With three wins and two draws in the last five matches in all competitions, Atalanta is currently in good form. The team has climbed to the fourth spot in the Italian Serie A right now and they have five points from four games in Champions League, which puts them in the hunt for top two places and a spot in the Top 16 round. Gosens, Hateboer, and Lovato are injured at the moment and out of the next game.

The most common questions for Young Boys vs Atalanta 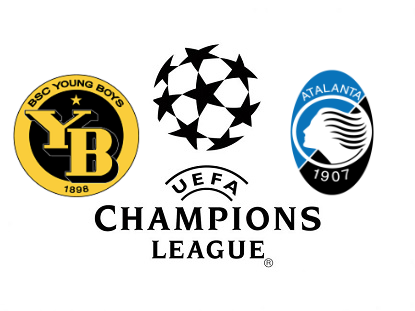