Wolfsburg take on Schalke 04 at the VOLKSWAGEN ARENA in the Bundesliga on Saturday, August 20th. Both clubs go in search of their first wins of the new campaign. Read our free predictions and find the latest odds for the fixture below in our detailed match preview.

Can Wolfsburg make home advantage count when they host newly-promoted Schalke 04 on Saturday? Read our top predictions for this weekend’s fixture below.

Wolfsburg avoided the battering that many had anticipated at Bayern Munich last time out and though they did eventually lose the game, they would have extracted some confidence from a competitive performance. Back at the VOLKSWAGEN ARENA – where Die Wolfe have lost just twice in nine Bundesliga assignments – Wolfsburg could harness that self-belife to push for their first victory of the new campaign could be in the offing against Schalke 04 on Saturday. The host have won each of their last two home encounters with Schalke and a third triumph is on the cards here.

Wolfsburg and Schalke 04 have looked off the pace defensively in the opening exchanges of the new season in Germany and with deficiencies at the back in both teams, we’re tipping both sides to concede on Saturday. The teams have shipped an alarmingly high nine goals between them after just two fixtures each (Wolfsburg 4, Schalke 5) and a first clean sheet of the campaign looks beyond both backlines this weekend.

Top Betting Odds and Stats for Wolfsburg vs Schalke 04

Read all of the latest injury updates and team news for Saturday’s Bundesliga fixture between Wolfsburg and Schalke 04 below.

Wolfsburg have several injury problems to contend with this week, with Omar Marmoush, Bartol Franjic, Jonas Wind, Kilian Fischer and Yannick Gerhardt all potentially sidelined. Die Wolfe packed the middle and defensive third against Bayern last week, though they should play more expansively against Schalke.

Schalke have close to a clean bill of health this week, with suspended attacker Dominick Drexler their only concern at present. Frank Kramer's side bagged a 93rd-minute equalizer against Gladbach last week to secure their first point since their promotion from the second tier. 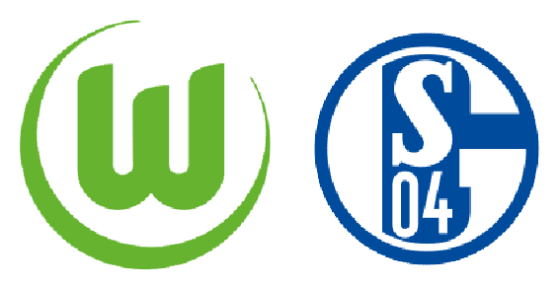 Wolfsburg have been priced as favourites to win this weekend.

Who are the current Bundesliga champions?