*Betting odds are correct at the time of writing and are subject to change.

Premier League's midweek action brings gives us West Ham vs Watford. The reverse fixture saw the Hammers utterly destroy the Hornets and the Olympic Stadium faithful will be buzzing for more of the same.

Watford has been on a horrendous run of late, going winless in their last nine Premier League outings. West Ham's form has dwindled as well, losing four of their last ten matches. However, they will be confident in adding another home victory to their ranks against the Hornets. David Moyes' men have won their last four duels with the visitors and have won two of their last three fixtures at the Olympic Stadium. With Michail Antonio scoring goals for fun and getting his teammates involved as well, we should see a Hammers victory on Tuesday evening.

Nine goals can be important and this is the difference in goals conceded between West Ham and Watford. The Hammers have conceded 31 goals while Watford has allowed 40 strikes. Both sides have a penchant for conceding, with David Moyes enjoying their time on the pitch by outdoing their rivals. Interestingly, both participating teams have seen two of their last four fixtures where goals were observed at either end of the pitch. This has been the case in their last four successive meetings in the Premier League and should come to fruition in this meeting as well.

West Ham vs Watford: Check out the best odds and the latest stats

West Ham vs Watford: Check out the team lineups

David Moyes is enjoying life with West Ham, turning them into a continental outfit. The Hammers are fifth on the points table and have a very real chance of qualifying for the Champions League. They are amongst the four teams giving Manchester United a scare for a top-four position. This earlier fixture allows them to put pressure on the Red Devils who play later in the day.

With Norwich getting out of the relegation slots, Watford's barren run without a win has caught up with them. However, the Hornets have a game in hand over their rivals and can bring the Canaries back in the drop zone with a win against West Ham. They have won twice in their last four trips to the Olympic Stadium and will be eyeing an upset win over the Champions League hopefuls.

Questions About West Ham vs Watford 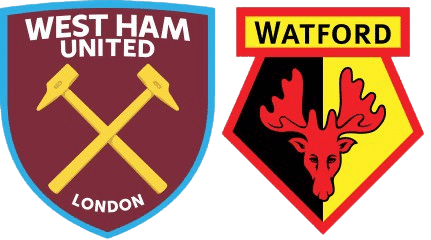