This match is an all Championship affair between two of the bigger hitters in the competition at this stage. Who will emerge victorious? Find out with our West Bromwich Albion vs Sheffield United match preview with free tips, predictions and odds mentioned along the way.

Backing the Baggies to win

We kick off our tips for West Bromich Albion vs Sheffield United by backing the home side to win the game in 90 minutes. Steve Bruce has had his feet under the table for a while now and his team are now starting to look half decent; they're unbeaten in six games in all competitions and have started their Championship campaign with two credible draws. Sheffield United meanwhile have lost four of their last six matches and, to make matters worse for them, the Blades have lost on each of their last two visits to the Hawthorns.

We now turn our attention towards the total goals market and we are expecting this match to fall short of the 2.5 goals marker. West Bromich Albion and Sheffield United have both played two competitive matches this season and all four of them have fallen south of 2.5 goals. West Brom have drawn both their games 1-1 giving them a 2.0 goal per game average whilst Sheffield United have seen a total of three goals in their two games; that's an average of 1.5 per game. Three of the last five head to head matches have also not reached the three goal cut off.

A big EFL Cup casualty awaits at this early stage

The early rounds of the EFL Cup don't always attract much attention but this is a serious clash of titans as the stage goes with both West Bromich Albion and Sheffield United having their eyes on a Premier League return. It will be interesting to see how they approach the match; will they go for the win or are they all in on their league campaign?

A lot was made of Steve Bruce and West Brom last season as the former Newcastle gaffer failed to inspire a ‘new manager bounce'. They did improve towards the end of the campaign though and that's continued early this season. A win here would surely keep positive vibes flowing.

Sheffield United have had mixed fortunes of late with a win and a loss in their first two Championship campaigns very much a continuation of their up and down pre-season. The Blades have a poor record when visiting West Brom though so will need to overcome that to advance here.

A quickfire FAQ on West Bromwich Albion vs Sheffield United 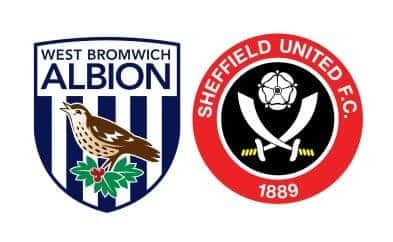