West Brom vs Fulham: Check out our betting tips

West Brom's playoff ambitions looked washed now but they showed great desire to get a draw against Huddersfield last time out. Can they muster something up again against Fulham to create some intrigue at the top of the table? Find out with our West Brom vs Fulham match preview with free tips, predictions and odds mentioned along the way.

Fulham to bounce back to winning ways

Look, Fulham have had some bad results throughout the course of this campaign and their 1-1 draw with Barnsley goes down as a minor bump in the road. The Cottagers are unquestionably the best side in the league though and visiting a side like West Brom who have to try and win the game to keep very feint top six ambitions alive with suit Fulham down to the ground. The league leaders had won four on the spin before that draw with the Tykes too; West Brom have lost three of their last five.

After a rather frustrating start to life at West Brom, Steve Bruce's side are finally starting to score goals with four in their last two games combined. Fulham haven't exactly been watertight either with goals conceded in each of their last two and in three of their past five outings. Obviously, the Cottagers have no issues scoring goals with 90 scored in their 36 games to date in the league.  All that combines into a both teams to score bet and we are saying ‘yes'.

West Brom vs Fulham has the ring of a Premier League tie to it. It looks like West Brom will be waiting a while for their name to be mentioned amongst the elite. Instead, they'll hope to dent Fulham's dreams of a title and promotion party.

Things have not followed the script since Steve Bruce arrived at West Brom and whilst the playoffs now look very much a longshot, the players have at least shown they're on board with the boss courtesy of a couple of decent displays and shows of character. Win here and maybe that tiny glimmer of hope grows a tad brighter.

People look at Fulham through a strange lens this season. Even when the Cottagers draw a game it's seen as a disaster. They dropped points last time out but remain on course for the title. In fact, anything less than a title win would be a disappointment for them now. 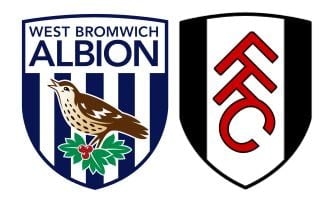