The season might be in it's infancy but you do fear for Steve Bruce a little. Will he ease the pressure on himself with a result here? Find out with our West Brom vs Burnley match preview with free tips, predictions and odds mentioned along the way.

Not separating these two

A look to the Championship table and a glance at the last five game runs of both sides will lead you towards a Burnley win prediction for this game but we're calling it as a draw. West Brom have struggled for wins of late but they're not losing many games with just the one EFL cup defeat across their past five. Burnley meanwhile have won three on the bounce heading into this match but had drawn two in a row before that. Given the recent winning streak, they could take a point away from the Hawthorns and be delighted with it as well.

Our next prediction for West Brom vs Burnley is that it's a low scoring match – specifically we're going under 2.5 goals with bets being placed in the total goals market. West Brom and Burnley have both gone south of that marker in three of their respective last five games and, furthermore, three of the last four head to head clashes have gone under 2.5 goals too. In fact, the last two meetings have offered up a big fat zero goals! With that considered, a wide open, end to end goalfest feels highly unlikely!

Will these recent Premier League clubs put on a show?

On paper, West Brom vs Burnley sounds like a bottom of the table Premier League clash; it's not though. Both teams had pre-season expectations of getting back to that level though. With just a handful of games played only Burnley look like mounting such a challenge though. That said, a West Brom win here would peak a bit of interest!

West Brom are struggling to turn draws into wins at the moment but that needs to happen soon. The early season injury to striker Daryl Dike hasn't helped on that front but bigger news could come in the next few hours with transfer deadline day upon us.

We've just cited transfer deadline day when talking about the Baggies but Vincent Kompany is unlikely to do too much having pulled together his business early doors. The main thing hampering Kompany and co is a few injuries; summer signing Scott Twine is out of this game whilst Ashley Westwood is a long term absentee.

A quickfire FAQ on West Brom vs Burnley 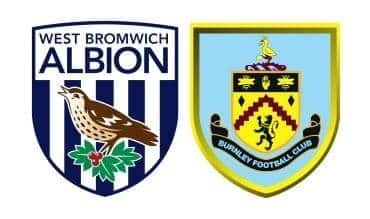