West Brom sit 4th in the Championship table and have their sight set on a return to the Premier League next season where they will likely this weekend's guests Brighton. The Seagulls aren't expected to win the FA Cup but have outdone themselves in the Premier League this season and could go far in this competition if they take it seriously.

We're backing West Brom to either win or draw at home to Brighton this weekend. The hosts have performed really well this season and have only lost two of their last 15 games against the Seagulls, picking up a 1-0 win at the Hawthornes when these two sides last met back in February. The Baggies have only lost one of their last six matches and have proven very hard to beat this season.

This game has the potential to be very close and competitive throughout and we're backing under 2.5 goals to be scored during the 90-minutes as they have been in five of the last six encounters between the pair. Under 2.5 goals have also been scored in five of West Brom's and five of Brighton's last six matches, so you can see why we believe this game will end up being goal-shy.

Can the Baggies bring the Seagulls crashing back down to the ground?

West Brom played host to Cardiff in their last game where they trailed at the break to a Collins strike. Just 3-minutes into the second forty-five, Robinson equalised for the baggies and most expected the hosts to go on and win the game from that point. However, no more goals were produced and the two sides had to settle for a share of the spoils. West Brom now sit 4th in the Championship table and understands what the benefits of a good cup run can have on a team's end-of-season form.

Brighton made the trip to Goodison Park to face Everton in their last match, coming away with all 3pts for the very first time at that stadium. Mac Allister scored twice and Burn headed home in between to help the Seagulls to a 3-2 victory against a low on confidence Everton side. Brighton look set for a mid-table season and would relish a good run in the FA Cup but not many believe they have what it takes to go all the way and win this illustrious competition.

Brighton: Lewis Dunk, Jurgen Locadia, Jeremy Sarmiento and Yves Bissouma could all miss the trip to the Midlands. 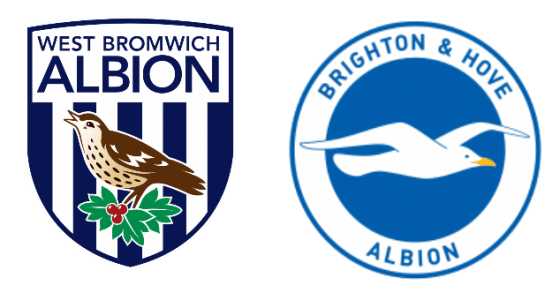