Steve Bruce's West Brom career got off to a bad start in the week but Blackburn aren't exactly flying either. Who wins when they lock horns? Find out with our West Brom vs Blackburn match preview with free tips, predictions and odds mentioned along the way.

Baggies to take the win

The Baggies might have lost Bruce's first match in charge but a trip to Bramall Lane was always going to be a tough one. Here they are at home with the fans inside and hosting a Blackburn side that have lost their last two. On top of that fact, you've also got the head to head record to consider. West Brom have won two of the last three meetings between the sides drawing the other. It means they haven't lost to Blackburn since 2019 and not at home since 2010.

Our next tip for this match is that at least one team will fail to score and when you look at the form book, it's pretty clear to see why we think that will happen. West Brom haven't been involved in a game where both teams scored since their FA Cup tie on January 8th; that was six games ago. Blackburn's form is similar. Like the Baggies they last saw both teams score in the FA Cup in early 2022. For them though that was seven games ago. With such form, surely we'll see at least one clean sheet.

Check out the key stats & form for West Brom vs Blackburn

This is a game between two out of form teams that still harbour promotion ambitions. For West Brom, it's all about the top six. For Blackburn, a streak of wins will see them right in the mix for automatic promotions.

West Brom might have made a poor start to life under Steve Bruce but it was always going to be a tough first match. If they can get a win over promotion hopefuls Blackburn then it could generate plenty of positive vibes amongst the fans.

Blackburn remain in the hunt for promotion but their recent form, which has seen them go winless in three, has seen their top two chances decrease considerably. A win here would send a statement though.

A brief FAQ ahead of West Brom vs Blackburn 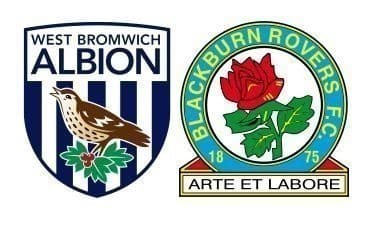