Conte has made a solid start to life back in the Premier League with Tottenham and the bookmakers fancy Spurs to secure all 3pts away at Watford on New Year's Day. The Hornets have lost their sting of late, losing their last five league games on the run and are in need of a much-improved performance this weekend.

Both teams have scored in five of the last seven competitive and non-competitive meetings between Watford and Tottenham, so you can start to see why we've predicted both teams to score on Saturday. Each of Watford'slast six league games, as well as three of Tottenham's last four outings in all competitions, have also ended with both teams getting on the scoreboard.

Harry Kane's form has finally started to pick up for Tottenham in the Premier League with the England striker moving onto 4 league goals for the campaign last time out against Southampton. Kane has now scored three goals in his last three league games for Tottenham and is once again looking like the leader his club has been missing since the summer. We're backing Kane to score against a leaky Watford defence this weekend to take his scoring run in the Premier League to four straight games.

All you need to know about Watford vs Tottenham

Watford had the home advantage against West Ham and even opened the scoring after just 4-minutes through Dennis, but that didn't stop the Hornets from suffering yet another Premier League defeat. The Hammers went in 2-1 up at the break and scored another two goals in the second half to run out 4-1 winners. Ranieri has a lot of work to do in January if he is to keep this Watford side in the Premier League, particularly in defence.

Tottenham travelled to St Mary's to face Southampton on Tuesday night where a 25th-minute effort from Ward-Prowse put the home side in front. However, a 41st-minute penalty from Harry Kane brought Tottenham back onto level terms and many expected the visitors to go on and win the game, especially after Salisu was sent-off for the Saints before the interval. That second Spurs goal failed to materialise and the visitors had to settle for a share of the spoils.

Tottenham: Bergwijn, Romero, Lo Celso and Sessegnon are all injury concerns for the visitors. 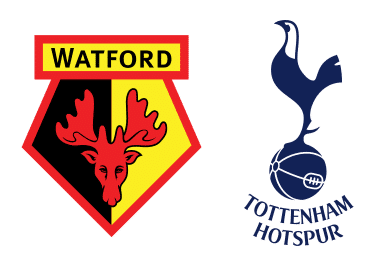