Watford really need a win this weekend to give them a fighting chance of avoiding relegation from the Premier League this season. In-form Brentford provide the opposition at Vicarage Road on Saturday and the visitors arrive in excellent form with four wins from their last five matches.

Brentford's current form has given them a chance of finishing in the top half of the table this season and we're backing the visitors to secure all 3pts this weekend at Watford. The visitors have won each of their last three competitive and non-competitive meetings with the Hornets, including a 2-1 win in the pair's reverse league fixture back in December. Watford have lost four of their last six league games, while Brentford have picked up four wins from their last five Premier League games.

Will Brentford add to Watford's woes this weekend?

Watford would have been aiming to kick-start their survival attempt at home to Leeds last time out but ended up getting well beaten by their guests. A goal from Raphinha separated the teams at the interval but Leeds went from strength to strength in the second forty-five, scoring two more goals through Rodrigo and Harrison to wrap up a comfortable 3-0 victory.

Brentford were looking to prove that their 4-1 win at Stamford Bridge was no fluke when they played host to West Ham on Sunday. The first half ended goalless but Mbeumo put Brentford in front just 3-minutes into the second forty-five. Toney continued his good run of form in front of goal with Brentford's second goal in the 64th-minute, a goal that ended any hopes of a West Ham comeback.

Watford: Baah, Hernandez and Nkoulou are injury concerns for the home side.

Brentford: Onyeka, Jansson and Dasilva could all miss the trip to Vicarage Road through injury or illness.

Your Questions for Watford vs Brentford 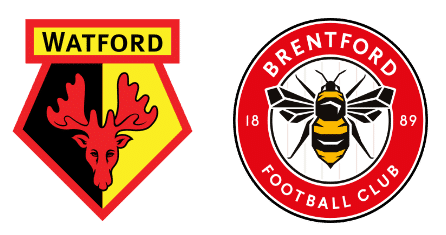