The 5-1 win over Belarus allowed Wales to pad their statistics ahead of their final 2022 World Cup qualifier against Belgium. The Dragons can ill-afford to drop points against the rivals, who have already booked their place as Group E leaders.

Here are our predictions for Wales vs Belgium.

Belgium has only dropped two points in their seven qualifying fixtures, while Wales arrive on a six-match unbeaten streak. We are backing the Dragons to give Roberto Martinez's men their first defeat after they claimed their place in Qatar 2022. The hosts need the three points on offer and will look back at their two home fixtures against the Belgians where they defeated Eden Hazard and co.

Goals have flown whenever Belgium have taken the pitch in the world cup qualifiers. The same can be said about Wales, who average 3 goals per match to the Red Devils 4.1. However, we are backing a low scoring affair given both defences have stood out in the campaign, conceding five and eight goals, respectively. History is also on our side as four of the last six duels have concluded in this manner.

Ryan Gigg's men have seen both teams fail to score in three of their last five home fixtures. This stands true between the last five meetings in Wales between the Dragons and the Red Devils. The hosts have kept two clean sheets in this period and we are backing more of the same as a depleted Belgian side takes the pitch for the formality of their final qualifying fixture.

Wales vs Belgium: Check out the best odds and the latest stats

Match Preview of Wales vs Belgium:  Dragons and Red Devils brawl for Qatar

The Czech Republic's easier tie with Estonia means that Wales cannot afford a defeat at home to Belgium. They need a point and preferably points to secure their place in the promotion slots as the Red Devils have already claimed progress from Group E.

Roberto Martinez's men secured their place in Qatar with a 3-1 win over Estonia. The trip to Cardiff does not have any bearings on their qualifying campaign, allowing Belgium to fine-tune their tactics in the run-up to the world cup. Nevertheless, they will be cautious of the Dragon, who thrashed them 3-1 last time around.

Questions About Wales vs Belgium 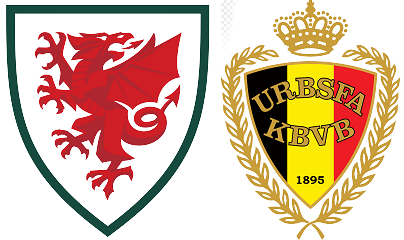 Who are the players to watch out for? Gareth Bale (Wales) and Eden Hazard (Belgium).