Perhaps one of the closest matchups in the upcoming Top 16 phase of Champions League is the Villarreal vs Juventus duel. With that in mind, we have prepared a detailed preview of this game for you, along with free betting predictions.

Our favourite Villarreal vs Juventus betting tips and picks

If you need a bit of help to decide what is the best bet for Villarreal vs Juventus, check our top betting tips for this game:

Villarreal and Juventus to Draw

After a rough start of the season, Villarreal managed to turn things around and climb up to the sixth place in La Liga and secure a spot in the Top 16 of Champions League.

Meanwhile, Juventus has just two wins in the last five games in all competitions, with one of them coming after extra time against Sassuolo in the Italian Cup. So, this game can go either way, but our prediction is for Villarreal and Juventus to draw.

Juventus and Villarreal have not met before in official games, so we don't have any data to help us decide how this game can go. Still, we can see this game ending with both teams scoring since they both have the quality to get at least one goal.

Furthermore, both teams have scored in the last three matches played by Juventus in all competitions, while both teams scored in 67% of all Villareal games in the group stages of Champions League.

The top odds and key figures for Villarreal vs Juventus

If you want to place a bet on the best Villarreal vs Juventus odds, check our list of odds taken from the top UK betting sites:

Team form, news, and probable lineups for Villarreal vs Juventus

This should be a very interesting and close matchup, so let's check both teams out in more detail ahead of their duel:

With three wins in the last four games in La Liga and a draw with Real Madrid, Villarreal is clearly at the top of their game right now and that's great for them since their next game is against Juventus in the Top 16 stage of Champions League. So, the players are certainly high on confidence right now.

That being said, Villarreal will once again be without their top goalscorer Gerard Moreno, which is a tough blow. Fracis Coquelin and Ruben Pena are also out, while Etienne Capoue and Giovani Lo Celso are questionable.

Things seemed great after Juventus splashed the cash to sign Dusan Vlahovic from Fiorentina, and the striker started his career with the team with a couple of goals in the first two games. However, Juventus then drew in two consecutive matches in Serie A, including a draw against Torino in city derby, so they are obviously still finding their best form.

When it comes to team news, Federic Chiesa, Giorgio Chiellini, and Leonardo Bonucci are all out with injuries, with Paulo Dybala, Luca Pellegrini, and Daniele Rugani all questionable as well.

The most common questions for Villarreal vs Juventus 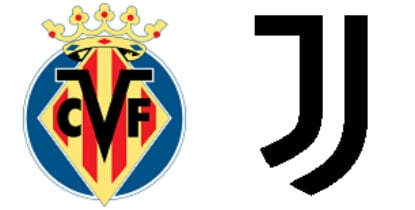