FW Predictions for Viborg vs AaB

AaB finished three places and 11pts clear of Viborg last season but it is the hosts that head into Sunday's clash as the favourites to secure all 3pts with the bookmakers. These two sides met three times last season and on each of those occasions, the games were packed with entertainment and incident.

We're hopeful that Sunday's Superliga clash between Viborg and AaB will be packed with goalmouth action as five of the last six competitive and non-competitive meetings between the pair have produced over 2.5 goals. Viborg's last game, a friendly against Horsens, witnessed 9-goals, while each of AaB's last five fixtures have produced over 2.5 goals, so you can see why we're predicting goals this weekend.

Both teams have scored in each of the last six encounters between these two clubs and we're not expecting either side to keep their clean sheet intact on Sunday. Three of Viborg's and each of AaB's last five matches have witnessed goals being scored at both ends of the pitch, adding more weight to our prediction for both teams to score in Sunday's Superliga match.

Viborg vs AaB: The Latest Stats and Markets

Viborg finished best of the rest in the Superliga last season by finishing top in the Relegation Round by a point ahead of AGF. This season, Viborg will be looking to secure top-half status and perhaps even qualify for a European competition, most likely the Conference League.

AaB pushed hard for the title but ended up finishing 10pts behind Copenhagen in the end and had to settle for a 4th-place finish. This season, AaB will be looking to bridge the gap between themselves and the top two sides Copenhagen and Midtjylland and are certainly in with a chance of qualifying for the Champions League.

Viborg: the hosts have no fresh injury concerns or suspended players ahead of the first game of the season.

AaB: the visitors have a clean bill of health ahead of their trip to Viborg this weekend. 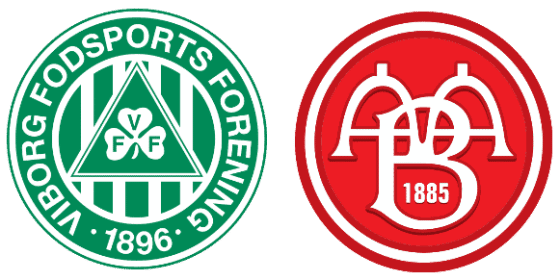