Turkey and Wales go head-to-head in the second round of matches from Group A, and both teams have a point to prove. Turkey were comfortably beaten by Italy in the tournament's opening game, while Wales rescued a draw against Switzerland despite being outplayed for the majority of the 90-minutes.

Read on for our full match preview and prediction for Turkey vs Wales in the European Championship.

Our Top Tips for Turkey vs Wales

Both teams scored when these two sides last met and Turkey have only failed to score in two of their last six international matches and the same goes for Wales. Turkey couldn't find a way past Donnarumma in the Italian goal on matchday one but will get more chances to score against Wales. Wales conceded one goal, against Switzerland but in truth, it could have been more if not for the excellent performance of Ward between the sticks.

Wales started brightly against Switzerland but then took a back seat for the majority of the match until they equalised late on. Robert Page's will be demanding a better performance from his players against Turkey and the Welsh will be expecting to see more of the ball in this game. Turkey really struggled against Italy and looked very tired in the second half, eventually losing 3-0. Wales will give Turkey more time on the ball but the performances of both nations on matchday one suggests that Wales will either win or hold Turkey to a draw.

Kieffer Moore had a fanstic season in the Championship with Cardiff City and started the game against Switzerland at the weekend. The striker headed Wales' equaliser and came close to scoring in the first half, so we expected the Turkish defence to struggle against his movement and ariel ability.

Everything you need to know about Turkey vs Wales

Turkey didn't really turn up for the opening game against Italy, eventually slumping to a 3-0 defeat. As bad a Turkey were going forward, Italy played an almost perfect game and didn't allow their opponents any time on the ball. Veteran forward Yilmaz found it very tough up front on his own and needs far more support from his midfielders against Wales if Turkey are to create enough chances to win the game.

Wales didn't really get out of third gear against Switzerland and were lucky to escape with a point in the end. Page's side started the game well and almost took the lead through Kieffer Moore but after that, Switzerland took control. Wales struggled to deal with the pace and dribbling of Embolo, who eventually opened the scoring for the Swiss. Switzerland could have doubled their advantage on a couple of occasions and ended up paying the ultimate price when Moore guided a header into the far corner to make it 1-1. Wales will fancy their chances of beating Turkey after seeing their display against Italy but will need to up their own game to avoid having to beat Italy in the final group game to stand any chance of progressing any further in this competition. 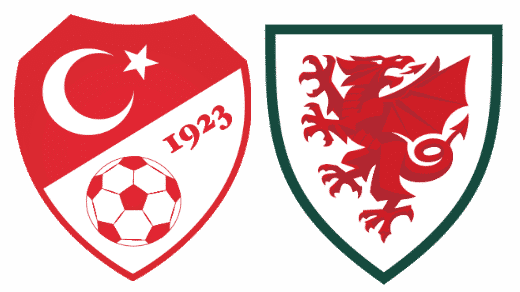