Lorient failed to beat Reims last week which ended their impressive winning streak, and Troyes will look to put on another damper on the visiting team.

Even though in the last five games, these teams only once played a match where both teams scored, this season seems like a different occasion as both of them are playing good attacking football.

Both teams are at the very top of the league when it comes to matches with more than two goals, 8-3 is the mark on either side. Troyes is even more impressive as the league leader in games with more than three goals. Lorient is in the top five of goals scored with 21, while Troyes has 19.

Everything you need to know about Troyes vs Lorient

Troyes defense needs to be at its best

Even though Troyes has been very good in the attack, their defense is one of the worst in the league which explains why they are only eleventh in Ligue 1. They allowed 22 goals compared to 14 by their opponents. Troyes's second most expensive signing of the summer was a defender from Boavista Jackson Porozo, but he didn't bring much stability in the back four even though he was efficient in front of the opposing goal scoring twice and getting an assist to his name. The forward line is led by Mama Balde who has five goals and three assists, and when he is in form, it seems to the whole team plays at a higher level.

Lorient is the biggest surprise in the Ligue 1 this season, and they were very disappointed to get only a goalless draw against lowly Reims last week which ended their six-match winning streak. But still, Lorient is keeping their optimism going, trailing only three points behind leaders PSG. Throughout the season, Lorient's offense was enthusiastic and efficient, but much can be said about their midfield as well. However, the star of the team is Nigerian striker Terem Moffi who has eight goals this season and is the fourth-best scorer in Ligue 1. He will miss this game after getting injured during practice. Dango Ouattara is also outstanding getting four goals from the right wing of the field, but he is also their best provider of assists with five.

FAQ about Troyes vs Lorient 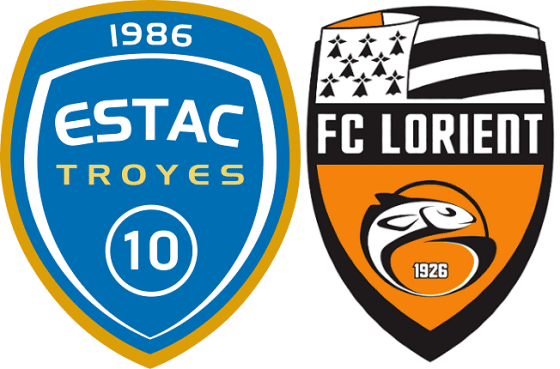