The likes of Diego Maradona, Roberto Carlos, Arjen Robben, Raul, David Silva, Rivaldo and Robin Van Persie are a handful of iconic left-footed players that showed their quality on the pitch once upon a time.

They have now been replaced by a new generation of left-footed stars. But who are the top 10 left-footed players in world football today?

Manchester City striker Erling Haaland has set the world alight this season, scoring 14 goals in his first 10 matches for the club. The young Norwegian has broken several records in this short period, and worryingly for opposition defenders, he definitely won’t slow down any time soon.

His head has been responsible for a handful of those goals, but it is undoubtedly his wicked left foot that strikes the most fear into his opponents. Often standing on the last man awaiting a through ball, Haaland is phenomenal at opening up his body and either placing a delicate finish beyond the goalkeeper, or indeed lashing one into the back of the net with unstoppable power.

The striker has not been quiet in his admiration for former Swansea icon Michu, and it seems like Haaland has recreated the Spaniard’s iconic left-footed finishes in 2022, albeit at a much, much faster rate.

The legendary Lionel Messi has been one of, if not the greatest, footballer of the 21st century. He is battling on that front with old foe Cristiano Ronaldo, but perhaps there is not a more iconic left foot in world football than that of the Argentine’s.

He has failed to recreate much of the success and fame he garnered at Barcelona at PSG, but Messi is gradually getting back to the player that the world knows he is capable of. With the help of the phenomenal talents of Neymar and Kylian Mbappe alongside him, Messi has scored six goals and has registered eight assists in 11 matches this season.

His wand of a left foot is still capable of dazzling defenders, bamboozling goalkeepers, and blowing away just about everyone who is watching on, with the majority of football supporters around the world hoping there is still plenty left in the tank.

Liverpool have certainly not been at their best in the opening stages of the new season, and the same can be said for their iconic winger Mohamed Salah. Something has been slightly off when it comes to the Egyptian’s attacking prowess in recent weeks, but he has at least found the back of the net, scoring a crucial goal in last week’s Champions League victory over Ajax.

Salah is, of course, still very much one of the most feared attackers on the planet, and his left foot has been responsible for some of the greatest goals that world football has seen in the last few years. Like Messi, Salah’s current drop in form shows just how high he has set the bar.

Weaving in and out of defenders before bending a left-footed shot into the far corner is very much a major strength of Salah’s, but the winger is also capable of smashing in a lethal strike whenever the opportunity presents itself.

Manchester City star Bernardo Silva’s future at the club looked in doubt this summer, particularly when he was omitted from Pep Guardiola’s starting XI time after time.

But the Portuguese midfielder has found his way back into the picture and indeed back among the goals and assists, with two of the former and three of the latter this season. His magic left foot has been responsible for several wonderful City goals over the years. 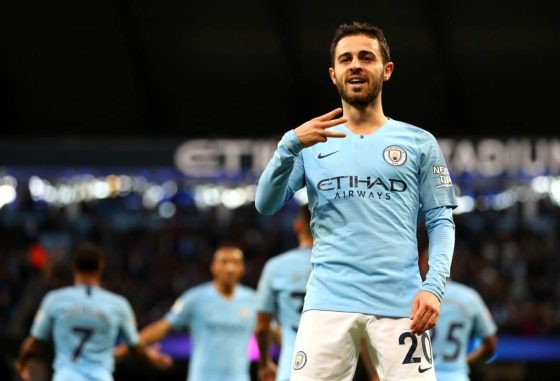 City have another left-footed playmaker in winger Riyad Mahrez, who like Silva has had to be patient for regular game time in blue given Guardiola’s array of attacking options.

But when given the chance, the Algerian rarely disappoints, dribbling past defender after defender, cutting in and out on his left foot before either finding a grateful teammate or unleashing a fierce shot at goal.

Given his position on the pitch, versatile defender David Alaba – who can play centre-back, left-back or centre-midfield – may not get the plaudits that his attacking teammates do, but his composure and precision are key when making tackles or playing out from the back.

After a legendary, trophy-laden career at Bayern Munich, the Austrian is now with Spanish giants Real Madrid, and has become a crucial part of Carlo Ancelotti’s setup at Santiago Bernabeu.

City boast yet another sensational left-footed talent in youngster Phil Foden. The England international also has the ability of being versatile, and is at home in Guardiola’s midfield three or attacking three.

His left foot has set up several crucial City goals in recent seasons, with world football fully aware of just how special a player he is for both club and country.

Seemingly back from the dead, Ousmane Dembele has been handed a fresh start at Barcelona, and he hasn’t let down manager Xavi one bit.

Dangerous on either wing, it is Dembele’s left foot that does the most damage, with the attacker currently on two goals and four assists for the new season, with summer arrival Robert Lewandowski grateful to have the speedy French forward alongside him in the final third.

Many left-footed stars have been blessed with a hugely powerful strike, but perhaps Arsenal midfielder Martin Odegaard has been gifted with a more delicate one. His grace and composure make the former Real Madrid man a perfect fit for the Gunners.

The Norwegian has been one of the main reasons why Mikel Arteta’s side have enjoyed such a successful start to the new season.

Another Barcelona star, and one that has enjoyed a rapid rise to the top, Raphinha clinched a dream move to Camp Nou in the summer, and he hasn’t looked back.

Leeds fans are all too familiar with just how lethal his left foot can be, both from open play and from dead ball situations.

It is, of course, much more difficult for defensive-minded players to steal the show, but there are a few names that have constantly impressed in this regard. Real Madrid goalkeeper Thibaut Courtois is one such name, as is his teammate Marcelo, along with fellow left-backs Jordi Alba of Barcelona and Andy Robertson of Liverpool.

Fellow veterans Angel Di Maria, Paulo Dybala, Antoine Griezmann, Gareth Bale and Romelu Lukaku meanwhile have for years represented left-footers everywhere with their stunning accomplishments in the final third, with many still doing their thing at the highest level.

Then there is the next generation of left-footed stars that have already made a name for themselves despite their youth. Arsenal’s Bukayo Saka, Chelsea’s Kai Havertz, Bayern Munich’s Leroy Sane, and new Manchester United star Antony all fall into this category. 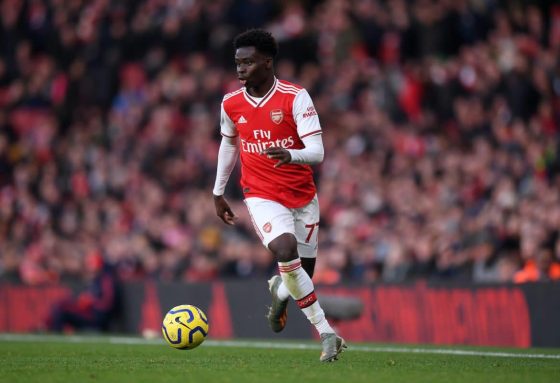 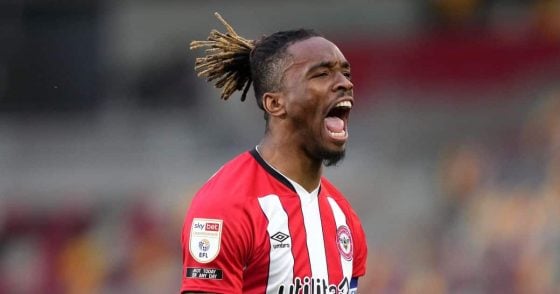