Swansea turned in arguably their best performance of the season on Sunday to beat their rivals, Cardiff. Can they keep those levels up to take something from West Brom? Find out with our Swansea vs West Brom match preview with free tips, predictions and odds mentioned along the way.

Swansea vs West Brom: Our Tips

West Brom to keep on motoring

We've already touched on the impressive display Swansea put in at the weekend but we're now making the prediction that they'll lose. Why? Well, there are two parts to that. Firstly, Swansea have not been remotely consistent this season so there is no guarantee the same team turns up Wednesday. Secondly, they're not facing a down in the dumps Cardiff. Instead, they're up against a West Brom side that have lost just one game all season. Even if this encounter is a tight one the Baggies will keep plugging away until they catch a break.

Next up in our trio of betting predictions is that this game sees fewer than three goals (we'll be using the over/under goals market for this wager). Swansea have come up short of 2.5 in three of their last five matches with a game average of just 2.0 goals. West Brom have also fallen short of the 2.5 mark in three of their last five games. Again, their game average makes good reading for this bet too at just 2.2. Throw on top of that this fixture has seen a maximum of two goals in three of the last five times it has been played and it should be happy days.

Baggies to win with a clean sheet

Our final prediction backs West Brom to win this game whilst keeping in clean at the back. Now, it's not a tip that's completely nailed on but there is value in the odds. Swansea have blanked twice in their last five games and West Brom have kept two clean sheets in their last three; they've won both of those games too. To further evidence how good the Baggies back line can be just look how they got on last time out; they limited Birmingham to a solitary strike on goal.

Find the best odds for Swansea vs West Brom

A derby day win always puts an extra bounce in your step. Swansea fans and players will have been buzzing the last couple of days since taking Cardiff apart. Jamie Paterson was inspired in that match. He'll need to put in that level of performance again here to give his team a fighting chance. As for West Brom, they just look like a team that will win promotion. Their performance against Birmingham wasn't the best they've put in all season but a) they never looked like losing and b) they found a way to win. In Karlan Grant and Callum Robinson, they'll be a threat under the very final whistle.

FAQ on Swansea vs West Brom 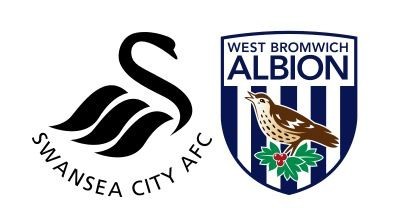