As the showpiece event of the American sporting calendar, the Super Bowl combines razzmatazz and spectacle with elite athletic competition and drama like nothing else.

With the LA Rams and the New England Patriots confirmed as this year’s participants, anticipation is building ahead of Super Bowl LIII on February 3. The showdown between the NFC and AFC champions, set to be staged at the Atlanta Falcons and Atlanta United’s Mercedes-Benz Arena, will almost certainly be the most-watched event on US Television once again this year.

Indeed, previous Super Bowls represent nine of the ten most-watch shows in US television history, with the finale of ‘MASH’ in 1983 the only show able to disrupt the monopoly of the NFL’s end-of-season climax.

But can the Super Bowl truly be considered the biggest yearly event in sports, or does that crown belong to European soccer’s own glitzy, one-off finale, the Champions League final?

Despite soccer’s impressive growth in the United States over the last decade or more, the Super Bowl is of course still by far the biggest draw domestically.

Super Bowl XLIX in 2015, which saw Tom Brady’s Patriots claim a fourth title by beating the Seattle Seahawks, is the most-watched Super Bowl of all time, with an average US audience of 114.4million. 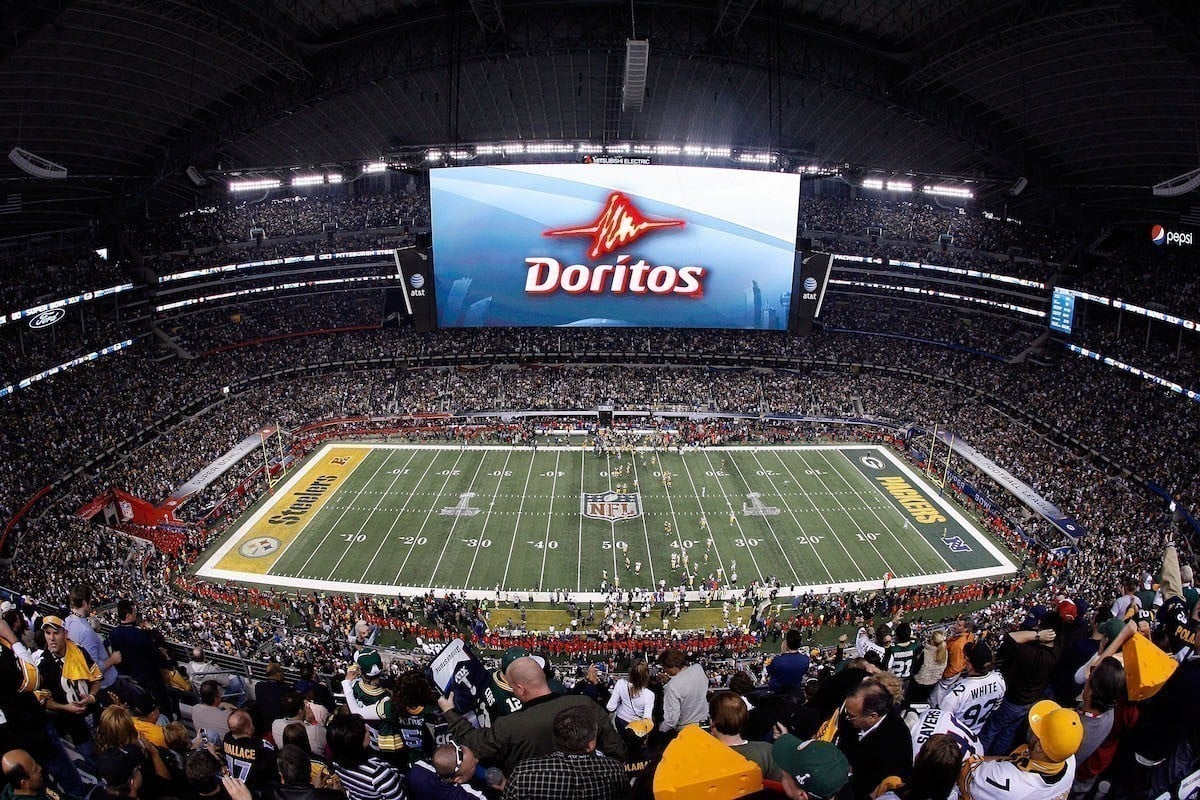 By way of contrast, that year’s Champions League final, between Lionel Messi’s Barcelona and a Juventus side which included Paul Pogba, Andrea Pirlo and Carlos Tevez, drew 2.2million US viewers. Last year’s final between Real Madrid and Liverpool earned 2million in the States.

The most-watched soccer game in US television history remains the 2014 World Cup final, in which Germany beat Argentina in extra time. That garnered 27.3million viewers, but even that amounts to less than the lowest-viewed Super Bowl ever, Super Bowl II, which drew an audience of 39.1million in 1968.

But when it comes to a global audience, the Champions League final’s reach dwarfs that of the Super Bowl.

Last year’s Champions League final, in which Cristiano Ronaldo’s Real Madrid claimed a third successive crown, was watched by around 380million people worldwide. The Super Bowl, it is estimated, adds around 30 to 50million global viewers to its US audience, which means the global viewers for NFL’s showpiece event is still half that of European club soccer’s marquee match.

The Champions League final is also watched in more countries than the Super Bowl, with more than 200 nations screening club soccer’s biggest one-off game, compared to 180 countries in which the NFL’s equivalent is available.

The NFL has mastered the art of monetizing the Super Bowl, with the half-time commercials having become almost as big a part of the spectacle as the action on the field. Per 2015 figures, a 30-second advertising slot during the half-time broadcast cost $4.5million, with the total advertising revenue for the event estimated to be $360million.

The Champions League final, on the other hand, reserves most of its advertising slots for sponsors who committed to the entire 32-team tournament from the outset, meaning the final itself adds little to the revenue pot by comparison to the Super Bowl.

UEFA, European football’s governing body, does, however, offer much higher prize money to Champions League winners than the NFL does for the Super Bowl. Barcelona received $108.4million in prize money when they were crowned champions of Europe in 2015, while the Patriots were handed $14.9million for winning the Super Bowl that year.

Both events are usually held in arenas with capacities upwards of 70,000, and demand for tickets is such that the Super Bowl and the Champions League final could sell out their respective venues several times over.

The cost of attending is higher for the Super Bowl, however, with 2018 figures showing the lowest ticket price at $950, while tickets for the Champions League final were between $70 and $450. The cost of tickets for such in-demand events as these are exponentially higher on the secondary market, with resellers demanding thousands.

Another measure of the respective global appeal of the two events can be gleaned from social media. This year’s Super Bowl contestants, the Rams and the Patriots, combine for 5.19million followers on Twitter (4.37million of which is accounted for by the Pats) and 7.84million Facebook page likes (of which 7million belong to the Patriots).

Last year’s Champions League finalists, Real Madrid and Liverpool, have a combined Twitter following of 21million, split fairly evenly between the Reds’ official account (10.9million) and the Spanish side’s English language account (10.1million). And on Facebook they have a whopping 141million page likes (109million for Madrid).

In recent years, the Champions League has borrowed from its American cousin’s mastery of the spectacular in order to increase its appeal.

There was first the decision to stage the game on a Saturday night, which was implemented in 2010 and has remained the standard ever since. Where previously the midweek fixture limited the build-up time in the run-up to the match, day-long previews and pre-events are now customary. There is also more scope for tourism, with fans able to travel across the continent to attend without the need to take time off work.

And the Champions League has now incorporated a Super Bowl-esque showbiz element with on-field musical performances before kick-off. Last year, British performer Dua Lipa’s mini-concert in centre-field utilized an elaborate stage, dozens of backing dancers and a pyrotechnic display. There is no hyped-up half-time show in the Champions League final, but few would be surprised to see one introduced in the near future.

So, while the Super Bowl is, and likely will always be, the king of US sports, the wider sporting world pays much more attention to the Champions League final.

There can be little doubt, though, that the Super Bowl has, and continues to have, a bigger cultural impact in the States.