Burnley spent a short spell on top of the Championship standings this week but are now back down in third spot. Can they win here to ensure the pressure remains piled on the top two? Find out with our Sunderland vs Burnley match preview with free tips, predictions and odds mentioned along the way.

A draw will have to do

Burnley are fast emerging as the draw experts of the Championship having drawn eight of their 15 games so far this season. Sunderland meanwhile aren't exactly shy of drawing matches either; they've drawn a third of their games to this point. It's not like these two started the season out with an abnormal weighting of draws either; their recent form is heavily clouded with draws. For Sunderland, two of their last three home games have ended level whilst four of Burnley's past five away games have also ended with a share of the spoils. To cap this bet off you can also look at the head to head record; the last two meetings between this duo at the Stadium of Light have ended in draws.

Next up we turn to the total goals market and we are backing under 2.5. Sunderland have gone south of the 2.5 mark in three of their last five games with their game average coming in at just 1.6 goals. Burnley have seen a few more goals across their last five outings with 11 total goals giving them an average of 2.2 per match, however, they've seen four of their last five games end up with fewer than three goals in them. Furthermore, three of the last five head to heads have go under 2.5 goals. With all that considered, we feel this bet is very much an offer of value.

Here are the key stats & form guide for Sunderland vs Burnley

Can Burnley bounce back from Brum draw?

Vincent Kompany's men enjoyed a taste of the table topping life in the week but a midweek draw in Birmingham quickly ended that brief stay on top. Of course, they remain very much in the right area of the table though as they're just one point behind the top two. Remarkably, a Sunderland win here would move them to within just three points of their visitors despite the fact they're currently in the bottom half of the table. It proves that it is all to play for.

Sunderland's good start to the season has just ever so slightly hit the buffers of late. It's understandable with a few key players – namely Lynden Gooch, Ross Stewart and Ellis Simms – all injured but sulking won't turn it around.

As always seems to be the case with Burnley, they arrive here in good spirits and well positioned in the league but with a couple of slightly longer term injuries in the squad they just need to find a way to grab some positive results. Amongst those to miss out is Scott Twine.

A quickfire FAQ on Sunderland vs Burnley 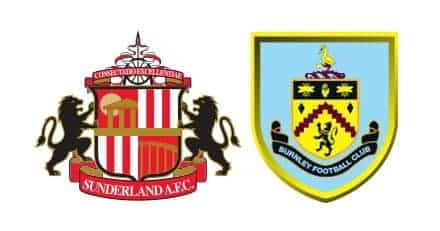