Stoke vs Preston: Our top tips

Stoke to suffer a home defeat

We are well and truly sticking our neck out here but we fancy Preston to beat Stoke when the two sides lock horns on Monday. Despite Preston sitting down in 15th place, Stoke have looked unconvincing of late having taken just five points from their last five home games. Preston are far from a juggernaut either but recent away wins over Middlesbrough and Bournemouth shows what they're capable of. They've got a great head to head record at the Bet365 Stadium as well; they've won two of the last three clashes at Stoke's home ground and have only lost three of the last 10.

Goals galore? We're not so sure

Our next tip for this game is that we'll see a game of very few goals. Four of Stoke's last five have come up short of the 2.5 mark with their average goals per game in that time sitting at just 1.4. Preston have gone over 2.5 in three of their previous five but only narrowly with each of those ‘over' games seeing three goals. It means their average across the five is just 2.4 and still south of the all important 2.5 mark. Given each of the last four meetings have all been under 2.5 as well, it's definitely the sensible bet.

All the stats & odds for Stoke vs Preston

Stoke vs Preston: Check out the team lineups

Stoke arrive in this match as favourites but with both our recommended bookies for this game – SBK and Betfred – having them priced above evens it's clear this game is far from a forgone conclusion. A master stroke from either manager could swing the outcome.

In mathematical terms Stoke look good. They're in eight place and four points off the playoffs with two games in hand. In reality, their playoff fight is on the ropes right now after a poor run of form and injuries to key players, which have been an issue for a while, are taking their toll.

Unlike Stoke, Preston have no hope of a top six charge as they sit down in 15th. They've had performances where they've looked a class act only to lose stupid games. Inconsistency is, as is often the case in the Championship, a problem. They've had their own injury problems though and might be wondering ‘what if' come May if they keep winning games like this.

The final word on Stoke vs Preston 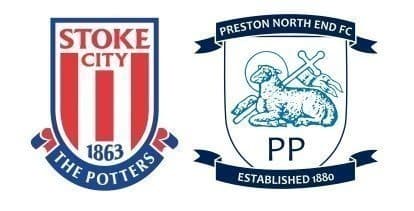