Stoke vs Luton: Check out our betting tips

Luton put themselves in the hunt for the playoff places as they beat West Brom last time out. Can they follow that up here? Find out with our Stoke vs Luton match preview with free tips, predictions and odds mentioned along the way.

Here are the key stats & form guide for Stoke vs Luton

With 31 games each already played, both of these sides are just a good run of form away from competing for the top six. Luton have the advantage right now but a Stoke win here would really condense things up again, which is bonkers given they're 13th.

Stoke City have had a fairly decent run of form recently; they are unbeaten in their last five games in all competitions, with three wins and two draws. The Potters will welcome Luton Town to the Bet365 Stadium on Wednesday; they'll look to extend their unbeaten run to six games.

Things have been going pretty well for Luton Town recently; they have won four of their last five games, and they've lost just once in their last seven games. Luton will be going up against a team they have not beaten in over 17 years; they'll fancy their chances of taking all three points from this game. 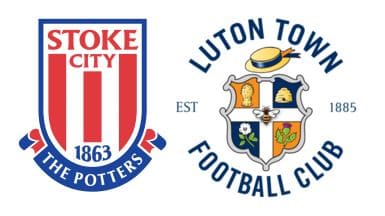