You can throw form out of the window with this game as West Brom will be under the guidance of their new manager, Steve Bruce. Will Bruce get a win in his first game? Find out with our Sheffield United vs West Brom match preview with free tips, predictions and odds mentioned along the way.

We begin our predictions for this game by backing Steve Bruce to take a point away from Bramall Lane, which would be a solid base for West Brom to build from after a weak run of form. The Baggies are very much in a promotion battle in spite of just one win in eight games but there will be no easing into things under their new gaffer; Sheffield United are unbeaten in four and have won each of their last three games. With a new manager bounce and a head to head record that shows West Brom have won three of the last five meetings between the sides then it's not at all inconceivable that Bruce and co grind out a draw.

Next up for this match is an under 2.5 goals prediction. Sheffield United have seen three of their past five matches end under 2.5. West Brom hold a similar record with four of their last five matches coming up south of the 2.5 mark. Of course, ordinarily you might look past West Brom's form with the new manager change but, knowing Steve Bruce, it's hard to see him travelling to Sheffield United and being left wide open.

Both of these sides have aspirations of making it to the Premier League next season but it is West Brom leading the way of the pair at the moment; they're sixth and three points clear of the Blades. The result of this game could be massive.

Sheffield United are currently down in 10th place in the Championship table but with games in hand and facing West Brom, who are sixth, a win here would make things look very different. They're in good form too so don't expect many changes.

We've already touched on the fact West Brom are in sixth but because of their form and the fact they've played a couple of extra games they cannot afford to lose this match. Ideally, they'd win it but that's a tough ask given Sheffield United's form. Will we get a manager bounce?

A brief FAQ ahead of Sheffield United vs West Brom 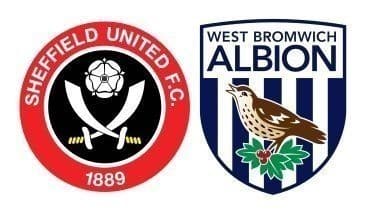