Sheffield United to win to nil

Sheffield United vs Swansea: Check out our betting tips

Sheffield United might be eight in the standings right now but you could argue they are best placed for a top six finish owing to games in hand. A home game against Swansea is winnable too but will they get the job done? Find out with our Sheffield United vs Swansea match preview with free tips, predictions and odds mentioned along the way.

Blades to win it to nil

Yeah, we asked the question in our opening paragraph about whether or not Sheffield United would win this game or not and we believe they will – and they'll keep a clean sheet too. The Blades haven't lost in seven and with their good form built on a solid backline. During their seven game unbeaten run they've only conceded a Rita of three goals keeping a clean sheet in five games. Combine that with the fact that Swansea have lost three of their last five games whilst blanking in each of those defeats and you can see where we're coming from.

At least one side fails to score

We've already backed Sheffield United to win to nil so there is some shared logic between that tip and this one. The elements we haven't yet touched on around why a both teams to score ‘no' bet is a decent idea are a) Swansea have beaten a promotion contender – Blackburn – to nil in recent weeks and b) Sheffield United have failed to score in their last two. Their lack of goals won't last forever but this is a nice – although not guaranteed – safety bet.

There would have been plenty of Swansea fans thinking their team would be in the hunt for the playoffs in February. Instead, their job is to try and derail Sheffield United's attack on the top six.

Sheffield United have been in really good shape of late with a solid defence underpinning their form. That's the signs of a sound foundation and they'll see this as another step towards securing a top six finish.

Swansea's adaption process to life under Russell Martin wasn't supposed to take this long. The team are still making the same sort of errors they made months ago and, as such, the results aren't drastically different either with inconsistency their only consistency. What Swansea will turn up? 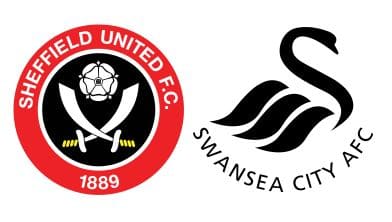