Both of these sides suffered midweek defeats; will either bag a win here to reignite their fires? Find out with our Sheffield United vs Norwich match preview with free tips, predictions and odds mentioned along the way.

We kick off our tips for this match by backing a draw. Neither of these sides are in a very good place and, quite frankly, neither of them have shown enough to convince us they can go and take maximum points. Sheffield United have lost three and drawn two across their last five games whilst Norwich have lost three, drawn one and won one although it's worth noting that win was five games ago meaning the Canaries are winless in four. If you then look to the head to head record it's pretty even too; the last four clashes between these two at Bramall Lane have seen each team win two games. With all that considered, a draw feels like the value shout.

Don't bank on a classic

A few weeks ago this would have been a barnstorming game; now though both teams are out of sorts and we think it could be a drab affair hence we're backing under 2.5 goals. Sheffield United and Norwich have both seen three of their last five games go under the 2.5 goals cut off. On top of that, last time these teams met the game saw just the solitary goal.

It wasn't all that long ago that these two were the top two in the Championship. Now they're both “just” in the playoff spots but, remarkably, a look at the five game form table puts Sheffield United rock bottom with two points and Norwich fourth from bottom with four points. Regardless of all of this, the ambitions in both clubs will still be promotion and that means they could both do with a win here!

Sheffield United have a horrid injury list building up with keep Wes Foderingham also out due to suspension. Is that enough of an excuse for their poor form? We're not so sure and they'll need to burst into life soon if they want to keep promotion dreams alive.

Norwich's form is horrible but things could get worse before they get better. On the playing front, Kenny McLean is suspended after being sent off in the week whilst Andrew Omobamidele and Adam Idah are amongst those injured. Beyond the playing staff, there are noises of discontent being made towards manager Dean Smith.

A quickfire FAQ on Sheffield United vs Norwich 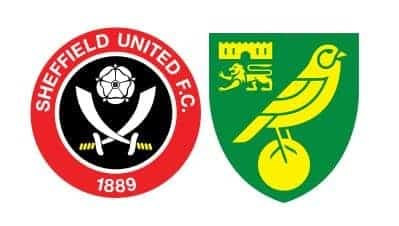