Sheffield United and Millwall come into this match off the back of very different weekend performances. Will their respective form continue here? Find out with our Sheffield United vs Millwall match preview with free tips, predictions and odds mentioned along the way.

Sheffield United vs Millwall: Our Tips

In general terms, both teams are serving up a very mixed bag of form. Where you do see some consistency though is in the respective home and away form of the teams. Sheffield United are unbeaten at home in six having won four and drawn two. Millwall meanwhile are struggling on the road. They have won just one of their last six away games. The two factors combine to lead us to thinking the Blades will come away with three points.

One goal for Millwall

Our next tip isn't a market we tap into very often as we look at the exact number of goals we expect Millwall to score. We, however, feel there is some serious value to be had that they score a solitary goal. They've not scored more than one goal on the road all season. In fact, they've played five away games and netted one goal in five of them blanking in the other. On top of that, the last two times they've travelled to Bramall Land they've netted, yep, you guessed it, one goal.

We've already covered the fact that Millwall don't score loads of goals. Thankfully, we don't need them to. They just need to score one and concede one. For the scoring part, yes, they don't score many but their last 10 away games have served up a goal in all bar one game. Sheffield United meanwhile are over their early season struggles in front of goal; they've netted 13 goals in their last five home games. That's more than enough of a goal threat to put serious pressure on the Millwall defence.

Find the best odds for Sheffield United vs Millwall

Sheffield United vs Millwall: Sharp strikers to be the difference

Sheffield United are struggling a little away from home but at Bramall Lane they have started to find their groove a little; their win over Stoke at the weekend shows they don't know when they're beaten either, which is a great trait. More than that though the goal scorers on Saturday were Lys Mousset and David McGoldrick; that's two strikers netting their first goals of the season. Millwall are doing their usual. They're hard to beat but, equally, they're not going to strike fear into anyone. At the moment it feels like if you keep Jed Wallace quiet that you've got a good chance of winning the game; he's so important to the Lions.

FAQ on Sheffield United vs Millwall 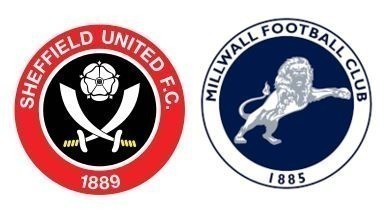